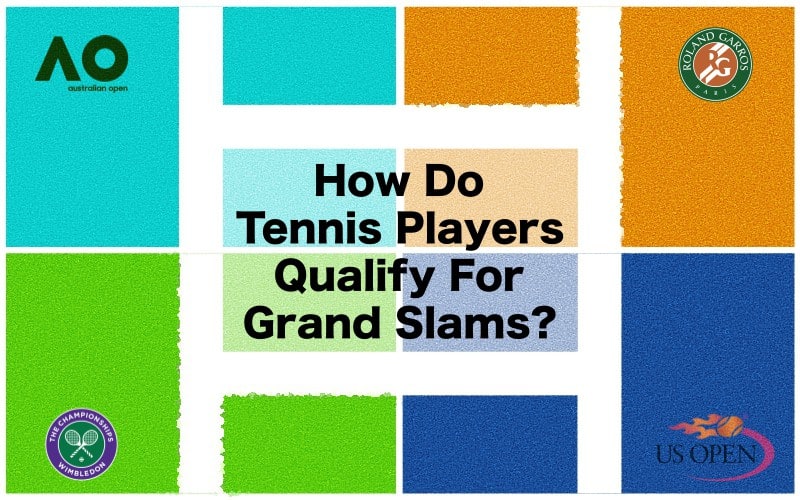 Even if you do not consider yourself to be a huge tennis fan, chances are you’ve heard about Grand Slams. The Australian Open, Roland Garros (French Open), Wimbledon, and U.S. Open are the four biggest tennis tournaments in the world, and each one happens once every year. For tennis fans, Grand Slams are the equivalent of Disneyland – the happiest place on earth. You get to watch your favorite players, eat some nice food, and every now and then take some pictures with your biggest tennis idols.

For every junior and professional tennis player, Grand Slams are the absolute ultimate goal. Every single player has (at least once) imagined what it would feel like to play in the giant stadiums with thousands of people watching, and on top of that still make thousands of dollars. I’ve had the chance to play the qualifying for the Junior French Open, and even though the event is played at a random club and it doesn’t feel like the French Open, I still feel like it was one of the best experiences I’ve had on a tennis court.

In 2019, the Australian Open had total prize money of roughly $42.5 million US dollars. Roland Garros paid roughly $47.2 million USD. Wimbledon, $49 million. And lastly, the 2019 US Open paid a total of $57 million dollars. Crazy, right? No wonder every professional tennis players dreams of getting a piece of that pie. And still, only a very, very small percentage of players ever get a chance to do so.

Ultimately, how do players qualify for tennis Grand Slams? There are 3 ways players can qualify: 1) rank among the top 104 players who sign up for the Grand Slam; 2) win 3 rounds in the qualifying; and 3) receive a wild card. A total of 128 players get to play in the main draw of each Grand Slam: 104 through ranking, 16 through qualifying, and 8 through wild cards.

If you’re still not sure exactly what that means, or you want to understand it a little more in detail, we’ll cover all of that just below.

This is how the vast majority of players qualify to the main draw of a Grand Slam. 104 out of the 128 spots available are destinated for the 104 best-ranked players, which leaves all the other thousands of professional players out there with only 24 spots left. Notice that you do not have to rank among the 104 best players in the world, just among the top 104 who signed up for the tournament. There are usually a lot of absences due to injuries and personal problems, so a player who is ranked outside the top 104 in the world may get a chance.

Players can also get in with a Protected Ranking. That is the term for when players get injured and cannot play for 6 months or more, so they request for their previous ranking to be “protected”. Once they are healthy and ready to play again, they can use their Protected Ranking to get into the main draw of tournaments. For instance, Andy Murray was ranked #2 in the world but he needed to take time off due to an injury. Then in 2019, he returned to the Australian Open by using his protected ranking of #2 and getting straight into the main draw.

For the doubles draws, only 64 pairs get a chance to play the main draw. Since there are usually no qualifying for doubles, there are 57 pairs who qualify by ranking. The other 7 sports are reserved for wild cards. What’s interesting about doubles is that players can sign up with either their singles or doubles ranking – whichever one is best. Then, the rankings of both players are added together and the 57 pairs with the lowest combined rankings qualify directly. So if the #7 player in singles decides to play with the #33 in doubles, their combined ranking is #40. As long as they are among the lowest-ranked 57 pairs, they qualify directly.

If you would like to understand a little bit better what you would have to do in order to rank among the top 104 players in the world, you should check this article about how tennis players earn ranking points.

Only 16 out of the 128 players qualify by getting through the qualifying rounds, and – trust me – they need to work hard for it. A total of 128 players participate in the qualifying round of Grand Slams, and each one needs to win 3 rounds before making it to the main draw. That is a lot of matches to play before you even get to the main tournament.

So how do players qualify for the qualifying rounds? Since the top 104 ranked players go straight to the main draw, the next 119 best players who sign up get a spot in the qualifying. The remaining 9 spots are given to wild cards.

Lastly, the final way to qualify for a Grand Slam is by receiving a wild card. The 8 lucky players who receive them do not have to play any extra matches and are given a spot straight into the main draw. They receive the same amount of money and points as if they had entered by ranking.

Wild cards are given to players by the tournament organization, so they are usually awarded to local players, young players with potential, or good players who are coming back after injuries. It is also common for Grand Slams to do a “wild card swap”: the Australian Open gives a wild card to an American player in exchange for the US Open giving a wild card to an Australian player.

How To Qualify For Australian Open

In 2019, in addition to the players who got into the main draw with their regular rankings or through the qualifying, there were 3 players who used their Protected Rankings:

How To Qualify For Roland Garros

For the 2019 French Open, in addition to the players who got into the main draw with their regular rankings or through the qualifying, there were 4 players who used their Protected Rankings:

How To Qualify For Wimbledon

For the 2019 Wimbledon, in addition to the players who got into the main draw with their regular rankings or through the qualifying, there were 6 players who used their Protected Rankings:

Since there were more players who were accepted into the main draw due to a Protected Ranking, only 6 wild cards were awarded at Wimbledon:

How To Qualify For US Open

For the 2019 US Open, in addition to the players who got into the main draw with their regular rankings or through the qualifying, there were 6 players who used their Protected Rankings (the same players as in Wimbledon):

Do Tennis Players Need To Pay To Enter Grand Slams?

Players do not need to pay in order to play the Grand Slams. Since it is in the tournament’s best interest that the best players in the world play it, they do not charge the players anything. In fact, once players do enter into those tournaments, they often receive free hotel stays, transportation, and food.