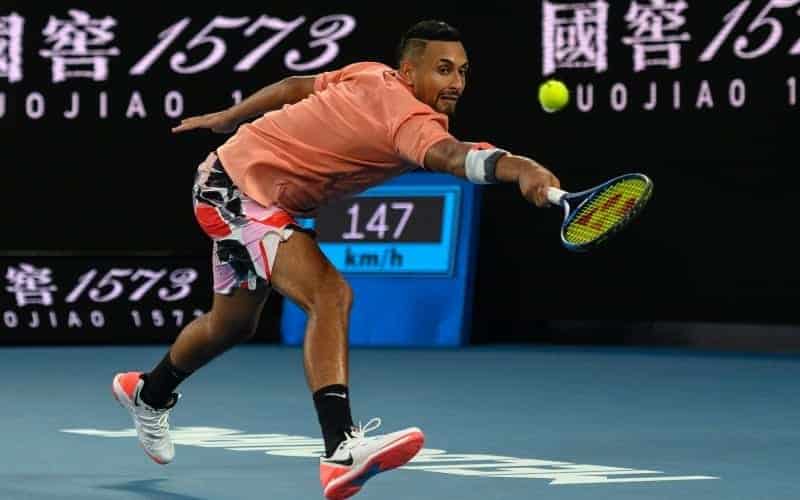 The Australian Open is now well established as one of the four major events constituting the Grand Slam. It is the first of the four to be played in each calendar year, and it gives the leading players a chance to establish their dominance and set the tone for the rest of the season. The Australian Open is renowned for its friendly atmosphere, and is sometimes known as the ‘happy slam’. It is the highest attended of the four majors. As it is the only one of the big four tournaments taking place in the Southern Hemisphere, it is sometimes known as the ‘Grand Slam of Asia/Pacific’.

The key points to be aware of about the Australian Open are that it is played in Melbourne in January on acrylic courts, primarily outdoors. Like the other major events, the singles events feature 128 players, but with doubles events plus wheelchair, junior and seniors competition, the number of players involved in the event as a whole is very large. We will now look at these facts in more detail.

When Is The Australian Open Played?

The Australian Open takes place in the second fortnight in January. It follows the short off-season fairly closely, although it is preceded by two or three weeks of tournaments on similar surfaces in the Southern Hemisphere in order that the players can prepare.

Playing the event in the height of the Australian summer means that temperatures can get very high during matches.

Why Is The Australian Open Played In Melbourne?

The tournament began as the Australasian Championships in 1905, and the first edition was indeed staged in Melbourne. Over the next couple of decades it was held in a variety of different venues around Australia and New Zealand. It became the Australian Championships in 1927, but still moved around until 1972, when it was decided to hold it in Melbourne every year because the attendances were best there.

From 1972 to 1987 it was held at the Kooyong complex, but from 1988 onwards it has been staged at Melbourne Park, which is better able to handle large crowds. With the large investments that have been made in the Melbourne Park facilities, it is hard to imagine the tournament moving again.

What Are The Australian Open Courts Made Of?

Prior to the switch to Melbourne Park, the event was played on grass. From 1988 to 2007, green Rebound Ace hard courts were used, but these were controversial due to their tendency to become excessively grippy in extreme heat.

From 2008 to 2019, blue Plexicushion courts were used, similar to the surface used at Indian Wells. From 2020 onwards, a switch has been made to GreenSet courts, oddly still retaining the blue color! These are generally thought to be medium-paced, and consist of an acrylic top layer on a concrete base.

Having said this, several players at the 2021 Australian Open felt that the courts were playing faster than before, so they may have edged towards being medium-fast.

Is The Australian Open Played Indoors Or Outdoors?

The tournament is fundamentally an outdoor event, but each of the three main show courts is now fitted with a retractable roof.

This means that in the event of extreme heat or rain, matches can be played in a climate-controlled environment. In all likelihood, a few matches during the tournament will therefore, effectively, be played indoors.

How Many Rounds, Sets, and Players in the Australian Open?

In common with the other three major championships, the singles events at the Australian Open accept 128 players each, including 32 seeds. This means that if a player is to emerge victorious in the tournament they must win 7 rounds.

The format of the matches differs between the men’s and ladies’ events. The men play over the best of five sets, whereas the women play best of three. This means that the physical challenge in the men’s event can be considerable, given the very high temperatures that are sometimes experienced.

Traditionally, the final set in both events would continue beyond 6-6 without a tie-break until one player led by two clear games. Since 2019, however, the organisers have implemented a tie-break at 6 games all in the final set. In contrast to the tie-breaks in the earlier sets, the final set tie-break requires the winning player to accrue 10 points as well as being at least two points clear.

It is important to remember that a major championship like the Australian Open is not just about the main singles events. There are prestigious men’s, women’s and mixed doubles competitions, as well as junior singles and doubles. In addition there are wheelchair events. Overall, several hundred players take part in the tournament.

The Australian Open is a great event, offering considerable prestige and substantial prize money. It is normally played in front of large crowds who help to produce a great atmosphere. If you ever get the chance to visit the tournament, it is an opportunity not to be missed.

The French Open is played in Paris, on the European clay courts at Roland Garros. It is the only one of the four major championships played on clay, which means that it produces a very different...