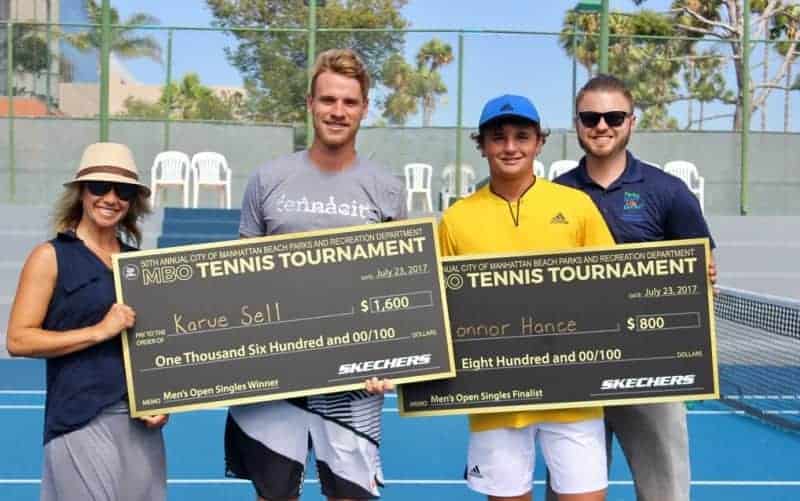 When you decide to pursue a career as a professional athlete, one of the things you are certainly excited for is the possibility of getting some pretty large paychecks. Regardless of the sport played, the top players in the world get a chance to make millions of dollars every year.

In team sports like football, soccer, basketball, and baseball, players get paid through a sign-on bonus and a salary – which gives the player significantly more stability. Whether he performs well or not, his or her paycheck will not be affected in the short run. In individual sports like golf and tennis, however, athletes do not have a fixed salary and make their income through prize money. If the player performs well, the prize money system can be very rewarding, but otherwise a player can go through “drought” periods where they can’t perform and get paid significantly less than they are used to. And for the ones of us who are not familiar with how the prize money system works, it can be quite confusing.

In tennis, how does prize money work? Tennis players are paid according to how well they perform in a tournament. Before a tennis tournament begins, the organization establishes the prize money breakdown (how much the champion, runner-up, semi-finalists, etc… will make), and players are compensated according to what round they lose in. A player will make money even if losing in the first round, but it is significantly less than if he wins the tournament. For instance, a first-round loser in the 2020 Australian open received a check for 90,000 Australian dollars, while the champion made $4,120,000.

As you can see, the prize money system works significantly in favor of top-performers. There are, however, a lot of details related to prize money that are unknown to fans, and we want to cover all of them today.

Do Players Get An Appearance Fee?

Tennis players make money even if they lose in the first round of a tournament – even though that amount is significantly less than the champion. However, in some instances, tennis players are paid an additional appearance fee. While an appearance fee is technically not part of the prize money, it does offer an additional safety cushion for players in case they lose in the first round.

Appearance fees are not offered in big tournaments like Grand Slams, ATP 1000s, or WTA Premiers, since top players are obligated to participate in those. Smaller tournaments, however, can’t always have top players participating in them, so they end up offering an additional appearance fee. The top players like Federer, Nadal, and Djokovic already have so many ranking points that they have very little incentive to play smaller ATP tournaments. However, every tournament director dreams and hopes to have these main players in their tournaments, since they are able to sell more tickets and make more money.

However, appearance fees are usually also reserved for top-ranked players. They are generally offered because a top-player (usually at least top 50) would otherwise have no incentive to play smaller tournaments – since they won’t sum any points. It is estimated that Roger Federer charges about $1.1 million in appearance fees in order to participate in smaller tournaments like ATPs 250. Rafael Nadal and Novak Djokovic, in turn, charge roughly $900,000. Players who rank between 30 and 50 might get appearance fees for playing in challenger tournaments, but their income will be a lot smaller.

How Much Does A Tennis Player Make Per Match?

The amount of money a player will make per match will depend on the level of the tournament he or she competes in, and on what stage of the tournament they are playing it. For instance, winning the first round of the 2020 Australian Open would increase the player’s paycheck from $90,000 to $128,000. If she lost in the second round, that means that her average paycheck per match was $64,000.

On the other hand, if the player had won the tournament, her total prize money would have been $4,120,000. Since she would have played 7 matches in total, her average paycheck per match would have been $588,571.43 Australian Dollars.

Tennis players competing in lower-level tournaments (challengers and futures) make significantly less money per match. A second-round loser in a 125K Challenger (played by players between 80 and 250) will make $1,560, which translates into $780 per match. The winner of that same tournament will make $21,600 – which means an average of $4,320 per match.

Below we will cover the prize money for the most recent Grand Slam tournaments and for other large tournaments.

Does Prize Money Get Taxed?

While tennis players can get some pretty large paychecks (as you can see above), it’s important to remember that these values are almost always taxed. The amount of prize money tennis players get to keep depends on where the tournament is being played and on how much the pre-tax prize money is. A lot of countries have progressive tax laws, which means that the greater your income, the higher the percentage you have to pay in income taxes. We estimate that players keep anywhere between 55 and 100% of their prize money, with the average amount ranging between 60 – 80%.

We’ve written a complete guide on prize money taxation, and you can check it out right here.

How Much Do Players Actually Keep?

After taking the taxes out of the total prize money, it’s important to still remember that tennis players have a lot of expenses. There are a lot of expenses related to travel (see how tennis players travel here) and coaching. The top players travel with a whole team, which might include one or two coaches, fitness trainers, physiotherapists, and family members, and they need to pay for those people’s expenses. At the end of the day, we estimate that tennis players keep something between 30 to 40 percent of the total prize money they make in a tournament.

By now you should have a good understanding of how the tennis prize money system works. But that’s just the tip of the iceberg, as there are actually 4 different other ways how tennis players can make money. Spoiler alert – a few of these ways can make their prize money amounts look quite petty. If you’re interested in this kind of thing, you can check it out here.