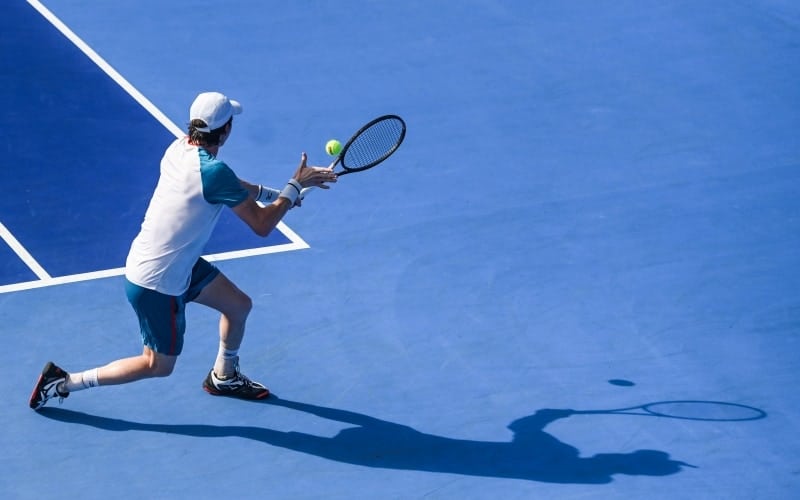 If you are fairly new to the game of tennis, the rules must seem a little confusing. You’ll see immediately that you have to hit the ball over the net with your racket and make it bounce within the lines on the other side, but which lines are important? How many times can the ball bounce? How many chances do you get to hit a good serve? Where on Earth do those scores come from?

The good news is that when you have played the game a few times and had the rules explained to you, it all (or at least most of it!) starts to make sense. In this article, we will run through some of the most important things you need to know if you want to play tennis.

These are the basic tennis rules: the court contains certain lines which are important for serving, and others that are only relevant for singles or doubles. To win a point, you must hit the ball into the court and your opponent must fail to return it. You win points, then games, and finally sets. When you have won two, or occasionally three, sets you win.

Where To Hit The Ball

Without going into great detail about the measurements of the court, you will see that, on each side, the part closest to the net is split into two boxes. These are called the ‘service boxes’, and they are only relevant when a player is serving. To serve you have to start behind the line across the back of the court, called the ‘baseline’, and hit the ball into the service box diagonally opposite you. If it misses, or hits the net, it is a ‘fault’. If you serve two faults you lose the point.

Along the sides of the court are two sets of lines running perpendicular to the net, which are called the ‘tramlines’. The inner tramline represents the outer bound of the court during singles play, and in all cases defines the outer edge of the service box. The outer tramline defines the outer limit of the court when doubles is being played. Once a rally has been started with a valid serve, each shot must land within or on the lines marking out the court- essentially the baseline and the relevant tramlines. A player can choose to ‘volley’ the ball, hitting it before it bounces, although this is not allowed when receiving serve.

How To Win Points

During a match, your objective will be to hit the ball into areas of the court which make it difficult for your opponent to return it. If they fail to return your shot before it bounces twice you win the point. This applies both to the serve and any shot played during a rally. If your opponent serves two faults in succession, or hits the ball outside of the bounds of the court, a point is also added to your score.

How Does Tennis Scoring Work?

Each player takes it in turns to serve for a game. Every time they score a point, their score increases from 0 to 15 to 30 and finally to 40. If they win another point after reaching 40, they win the game – except if their opponent has reached 40 too, in which case the score is said to be ‘deuce’.

Here, a player has to win two points in succession to clinch the game: winning a single point gives them ‘advantage’, but by winning the next point their opponent can restore the score to deuce. When one player wins 6 games they win a ‘set’, as long as they are two games clear.

If the score reaches 6 games each a ‘tie-break’ game is played, in which the first player to win 7 points (or to have at least 7 points and be two clear) wins the set. Most matches are decided over the best of three sets.

How To Win A Tennis Match

You will normally win by being the first player to accrue two sets, although other scoring formats are possible.

There are many other rules which you will need to learn if you aim to play tennis competitively. For example:

Let rule. If a serve hits the net, but still lands in the appropriate service box, it is called a ‘let’, and the serve is replayed.  A let is also called if there is a disturbance or hazard, such as a ball rolling across from another court into a dangerous position. In the latter case, the server begins the point again with a first serve, whereas if their serve brushes the net they only get to repeat the serve they were taking (so if it was a second serve they get another second serve).

Changeovers. Tennis is primarily an outdoor game, and one end may be much more favourable than the other due to wind or sun. To prevent unfairness, players have to change ends regularly. This is done after the first game of the match and every two games thereafter. In addition, players change ends after every six points of a tie-break.

Code Violations. There is a code of conduct which players are expected to follow. When they are playing in events with referees or umpires they will be issued with  a ‘code violation’ if they breach the code. Example offences might include throwing a racket or swearing. The first code violation normally incurs a warning, but subsequent offences are likely to incur penalties like loss of point, loss of game, and ultimately loss of match.

The rules of tennis are not perfect, but they have largely stood the test of time. It is difficult not to believe that the game might benefit from a simpler scoring system, but there is a lot of fondness for the quirkiness of the existing one.

link to Tennis Doubles Rules: Everything You Need to Know

In tennis, there are two main events that you can play: singles and doubles. Singles in played 1 on 1, while doubles is played 2 on 2. For the sake of this article, we are going to assume that you...

Tennis can be a quite complex sport when it comes to rules. For a beginner, these rules can be quite intimidating. Even if you have played the sport for several years, you might still come across a...