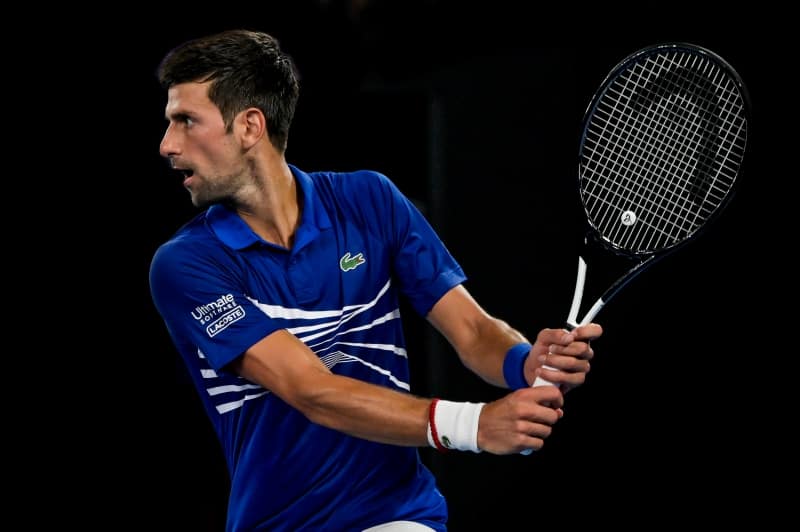 The backhand is a vital shot in any tennis player’s armory. It is played whenever they are faced with a ball on their non-dominant side and is normally struck with the opposite side of the racket to the forehand. For many players, the backhand will be their weaker stroke, and they will work hard to make it solid and difficult to attack, whereas, for others, it will be a strength with which they can produce a range of spins and angles of considerable power. Either way, there are a variety of different grips which can be used.

The backhand grip chosen will depend upon whether you hold the racket with one hand or two and whether you intend to hit topspin or slice. The racket’s angle in your hand will be adjusted to make the kind of shot you want to hit easier, although a few players even manage to hit the ball with the same grip for both forehands and backhands.

How Do You Really Hold A Backhand Grip In Tennis?

There are two main ways of playing a backhand. Firstly, two hands can be used to hold the racket, with only a modest grip change from the forehand for the dominant hand. Secondly, the racket can be held in one hand, most likely in conjunction with a more significant grip change.

The above diagram shows the ‘bevels,’ which are the sides of a standard octagonal tennis grip. The ‘index knuckle’ is the joint on the palm of your hand, just below the index finger, and the ‘heel’ of the hand is at the base of the palm, on the opposite side to the thumb. The position of these in relation to the numbered bevels allows us to describe the differences between the various grips.

The majority of players, especially in women’s tennis, hold the racket with two hands when playing a backhand. A right-handed player will place their right hand at the base of the grip, with their left hand further up. The index knuckle of the right hand will typically be on bevel 2, while the heel of the right hand will be on bevel 1. The index knuckle and heel of the left hand will sit on bevel 7. This pattern will, of course, be reversed for a left-handed player. A double-handed backhand has the advantage of aiding power and control and being helpful for returning powerful serves. On the other hand, it restricts reach and limits the amount of spin you can put on the ball.

Traditionally, backhands were played with just the dominant hand on the racket. This gave players greater reach. A substantial minority of top players, such as Federer and Thiem, still use a single-handed backhand. The principal advantages for them are the spins that can be applied and the ease with which angles are created. A range of different grips is possible for the single-hander.

When a player wishes to slice the ball with their backhand, which is often the case if they are defending or wish to approach the net, they need to use a continental grip. For this, both index knuckle and heel of the hand rest on bevel 2, and a V-shape is formed between the thumb and index finger.

If a player aims to produce power and a modest amount of topspin with their backhand, they will probably favor what is known as an eastern grip. Here, both index knuckle and heel are placed on bevel 1. It is important to note that the fingers’ position is slightly different for a single-handed backhand compared to a forehand. The racket’s handle runs parallel to your knuckles, and the index finger wraps around the racket rather than extending forward as it might for a forehand.

Finally, for players who wish to apply more topspin, there is the extreme, or semi-western, backhand grip. Here, both index knuckle and heel sit on bevel 8. This type of grip has been famously used by former world number one Justine Henin, amongst others.

The Best Backhand Grip For Beginners

If a player does not actually have a strong preference, most coaches will teach beginners to use a double-handed backhand (right hand in bevel #1 or #2 and left hand on bevel #7 or #8). They will do this because it is simpler to execute.

Keeping both hands on the racket makes it easier for players who do not have a great deal of physical strength to control the path when hitting the ball. The shot itself is also less complex, as there is little need to apply a significant amount of spin to the ball.

However, there will be some beginners who will have seen Federer on TV and who are adamant that they want to hit the ball one-handed like him. After the coach has attempted to manage their expectations a little, they will probably suggest that the player uses an eastern backhand grip and start with a simple action that does not apply too much spin.

A player who uses a double-handed backhand will normally create a modest amount of topspin, but not a great deal. On occasion, when faced with a low, spinning ball, they might want to hit a slice. Hitting a slice with two hands on the racket is a rather awkward maneuver and not recommended. Instead, the player will probably remove their non-dominant hand from the racket and switch to a continental grip to hit the shot one-handed. The difference between the position of the right hand for a two-handed backhand and a standard continental grip is small, so this is fairly straightforward to execute with practice.

A player with a single-handed backhand will also use a continental grip to hit a slice. The eastern grip allows a modest amount of topspin to be produced, but if they want to make the ball spin, they will use a semi-western grip.

Can You Have The Same Grip For Forehand And Backhand?

In the days of wooden rackets, this was not uncommon, as shots would tend to be hit flat or with slice, and volleying was an important part of the game. A grip like the continental could be used for everything if a player wished.

Today, players hit a lot more spin, and they generally want to apply topspin to both forehand and backhand, which, even for players with single-handed backhands, requires the angle of the racket in their hand to be significantly different.

Nonetheless, it is not impossible to use the same grip on both sides, as Alberto Berasategui demonstrated during his successful career a few years ago. Berasategui used a particularly extreme western forehand grip, applying huge amounts of topspin, and this enabled him to hit backhands with the same side of the racket without changing his grip. This style was far more effective on high-bouncing clay courts than on faster, lower surfaces, but it demonstrates what can be done.

There are many different ways of hitting a backhand. Take a look at Federer, Nadal, Gasquet, Serena Williams, and so on, and you will see many different styles, techniques, and grips. If you are starting in the game, don’t be afraid to experiment with different grips, but if you and your coach find one that works for you and doesn’t injure you, stick with it. Your backhand and the associated grip are entirely your own and don’t have to be like anyone else’s.

Let’s be honest, there is nothing like watching a good backhand down the line winner. Guys like Wawrinka, Federer, Nalbandian, Djokovic, Agassi and Guga (plenty more) have given us countless hours...

When you’re working on your tennis game, improving some small details can have a big impact on your overall level. Whether you are an advanced player or a beginner, holding the racquet with the...