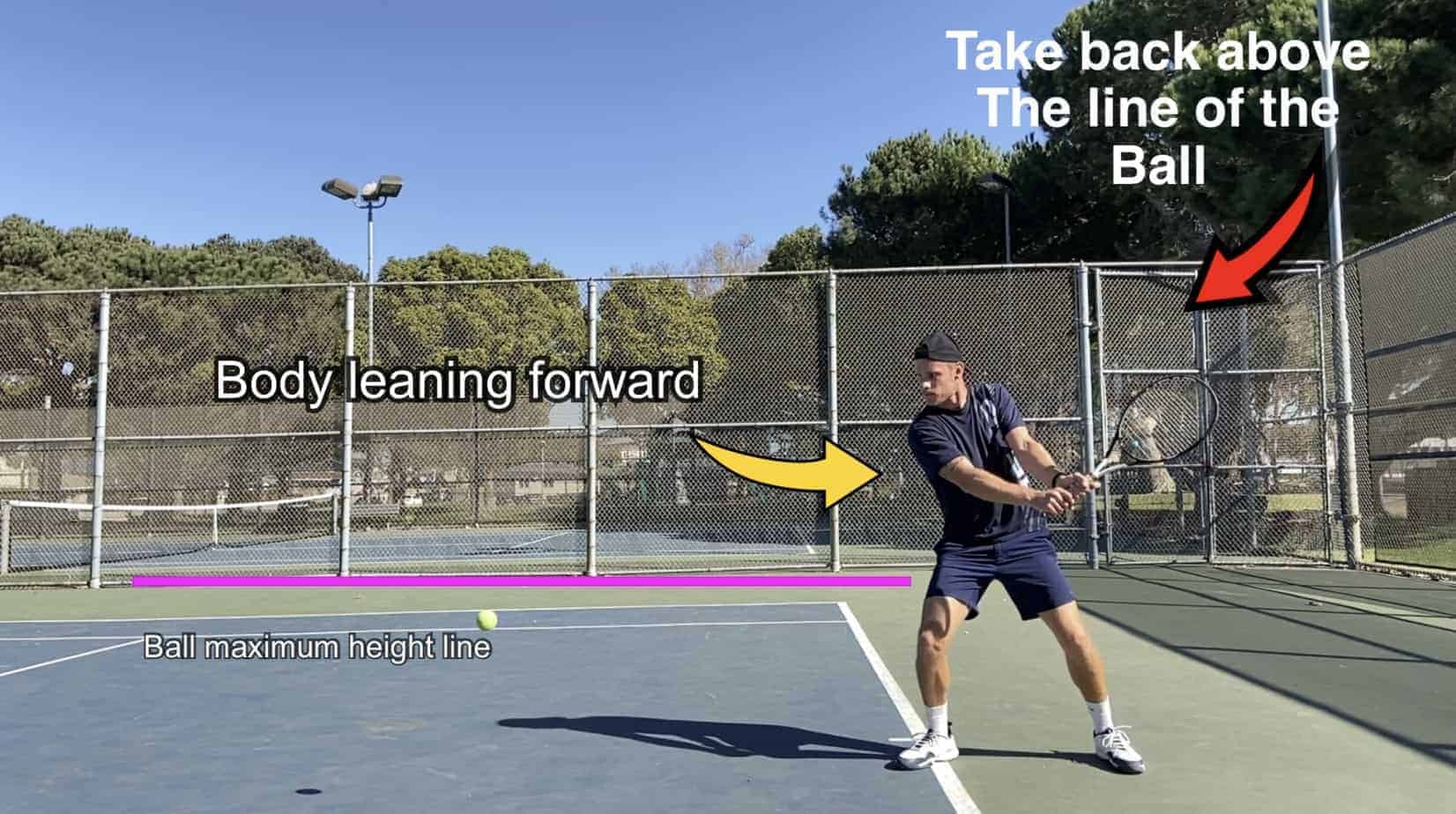 If there is something I know about tennis, it is definitely how to hit a backhand. My entire game revolves around setting up a clean backhand down the line. I credit a lot of this to watching (and copying) the best two-handed backhands in the world (Nalbandian, Safin, Djokovic, Murray).

While today we have several good double-handed backhands on the ATP tour, there are a few players who hit what we call the “bunt backhand”. Cameron Norrie, Nick Kyrgios and Alex DeMinaur have some of the most effective bunt backhands on the tour and in this article, I will teach you how to hit a damaging and consistent bunt backhand as well as show you why it is very effective to have this shot in your repertoire.

How To Hit The Bunt Backhand

Before we begin, let me preface by pointing out that this shot is a little bit more advanced. If you are a beginner, you should focus on the basics you are learning right now and save this article so you can read it later in your career. We have an awesome complete guide on how to hit backhands, and you can check it out here Tennis Backhand – The Ultimate Guide.

For intermediate and advanced players, this is a fairly simple shot to add to your game. Let’s take a closer look:

Step by Step on How to Hit the Bunt Backhand:

As you can see, it is really important to follow all the steps cited above. In addition to what I explained earlier, pay attention to a couple extra things. First, watch how I have a very strong base. That allows me to use my entire body to absorb the pace of the ball that was hit to me instead of relying on my hands/arms to do so. Second, my right foot is creating forward momentum by pushing the ground. By doing so, I will be stronger through the shot. Lastly, look how the ball flies a little closer to net compared to your typical topspin backhand. That is ok. Try to aim about one foot over the net and follow all the steps I mentioned earlier and you will rock your opponent.

Why is the Bunt Backhand Effective?

In my experience, the bunt backhand has two major benefits. First, when you have control of it, it is a lot easier to absorb pace and change the direction of the ball. Kyrgios has one of the best backhand returns in the game because he has such a short simple motion. And while his forehand is definitely more of a weapon, he is able to move the ball around the court very effectively by absorbing his opponent’s pace and bunting it in different directions of the court.

The other reason the bunt backhand is effective is because it almost acts as it’s own shot variation. Look at Cameron Norrie, for example. His forehand is very heavy and spinny, while his backhand is incredibly flat. His opponents are constantly having to adapt to two different shots, which in the course of a match can be very demanding. Norrie is able to push his opponents back with his heavy forehand and then hit his backhand early and flat. His opponents don’t move only side to side, they also have to move diagonally, which is quite difficult.

How To Train the Bunt Backhand

Get on the court and do it. You will miss a lot at first and you will have a hard time controlling the depth of the shot. Sometimes the ball will just fly off your racket. But keep working on it. It is very important to keep in mind the instructions you read above because your body still doesn’t fully understand how to execute this shot from a muscle memory perspective. I suggest rallying a lot with someone who hits with a fair amount of pace because it will be easier to use their power to drive your backhand back to them.

Is the Bunt Backhand For You?

For the most part, the bunt backhand is not the most technically challenging shot but you need to fit a certain player profile to hit it. Some people are naturally good at generating spin, hitting their shots from low to high and using more wrist. It is important to know yourself as a player. Rafael Nadal could most definitely hit the bunt backhand if he wanted, but he chooses to hit it with more spin because that’s where he is most comfortable and effective. Don’t force the issue, follow the instructions from this article and discover if it is a shot you would feel comfortable hitting during a match.

One Drawback from the Bunt Backhand

The only drawback I see from hitting this shot is hitting it when balls are hit to you low and without pace. Because the shot doesn’t require a lot of spin, it can be a little tricky to lift it up and over the net without missing long or hitting a bad shot right in the middle of the court. To fix this, make sure you get very low with your legs and trust the shot. Aim about a foot over the net and swing confidently. It will take you a little bit of time to nail down the precise strength you need to use to hit a good/deep ball from this position, but like every shot in tennis, practice will make it perfect.

The bunt backhand is one of my favorite shots to hit on a tennis court. It is a fantastic way to break your opponent’s rhythm and it can definitely help players change the ball direction more often from their backhand side. Personally, I think it is important for players to use both topspin and flat backhands during the course of a match because it will keep your opponent on their toes. Also, by owning both shots, you can try things out during the match and see what hurts the other person the most. Once you find the answer, stick to it. Finally, understand that this shot takes a lot of time to get comfortable with, especially during matchplay. But don’t let that scare you off. Learning new shots is a lot of fun and you will love it once you successfully annoy your opponents with your new and improved bunt backhand.