Skip to content
KARUE
SELL
Karue is a former #33 best junior player in the world, #371 ATP professional, and former UCLA college tennis standout. He's a co-founder of My Tennis HQ and loves sharing what he knows about tennis.
GET IN TOUCH 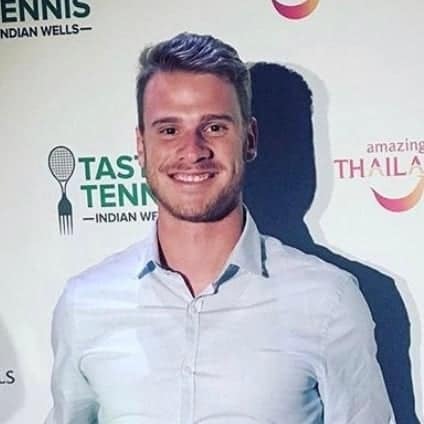 I started playing tennis when I was five years old in a small town in Brazil called Jaragua do Sul. My dad was your typical middle aged player who was a bit too competitive on the court. So while he was getting angry on the court for his poor gameplay, I would be hitting balls against the wall and causing lets all the time.

I started taking lessons soon after and fell in love with tennis. My parents did a great job putting me in sports and I grew up playing soccer, basketball, surfing and golfing but tennis was my main sport. The nature of individual sports fit my personality perfectly so I dove right in.

As I improved my game, I needed to find a place to practice with higher level tennis. So at age 11, after being state champion under 10s, I started training at an academy in Itajaí which was run by a former top 100 player in Brazil, Ivan Kley. My mom would drive me an hour each way three times a week so I could improve my game. This paid off, I continued to reach success at a state and national level.

But by age 13 I was a bit fed up with the compromises I had to make in order to play tennis. I was slowly training less and less. Luckily, my coaches did not give up on me so by age 14 I moved to Itajaí to train everyday. From there, I improved quickly and my passion for the game grew fast.

In 2009, after losing in the semi finals of the Orange Bowl under 16s, I finished the year ranked number one in Brazil. From there, I started playing the junior ITF circuit, where I won 2 titles and reached a career high #33 in the world. I competed in all junior Grand Slams, beating players like Dominic Thiem, Kyle Edmund, and Thiago Monteiro along the way.

But as I approached the time to transition into professional tennis, I felt like I was not ready to take the leap. Looking back, I knew I was not mature enough to take on the challenge of playing pro tennis. So I decided to play college tennis. In march of 2012 I joined the University of California Los Angeles tennis team, which turned out to be the best decision of my life. The four years at UCLA helped me improve my game and mature as a person. I earned my degree and built relationships I will have for the rest of my life.

After taking a year off from competitive tennis after graduating in 2016, I decided to resume my professional career. Crazy enough, I won my first tournament back to pros, in Claremont 2017. After that, I won two more futures titles (Los Angeles and Little Rock 2018) and climbed as high as #371 in the world in a little over six months.

While I am still competing, my new passion in tennis is to help more and more people to use tennis as a life tool, not only a sport. That is why Gui and I started MyTennisHQ and we will work as hard as possible to make that a reality. 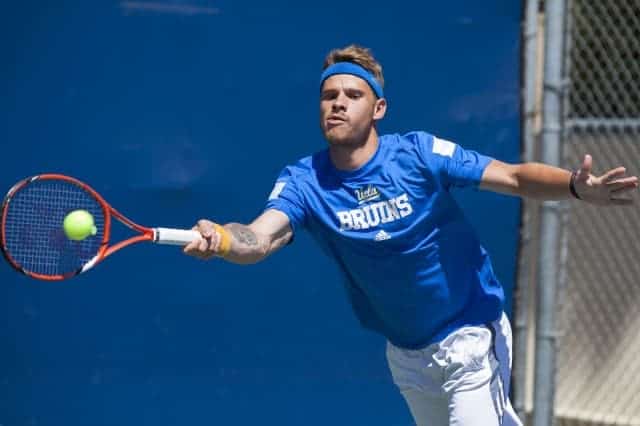 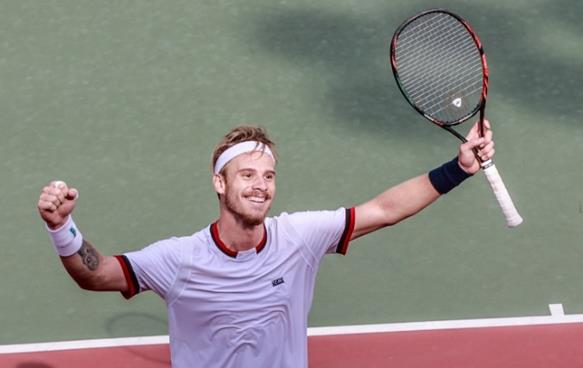 While I played with a few different racket brands, all the accomplishments above playing with Yonex! Here is the full list of brands I’ve used in my career:

WHERE I AM NOW

I still live in Los Angeles where I am training daily with the top 10 in the world Naomi Osaka. I recently got a puppy, a mini Aussiedoodle named River and he is a handful.

MyTennisHQ is not just a side project but something I am incredibly passionate about and I am excited to continue to learn more about tennis and share my knowledge with you. Thank you for your support!