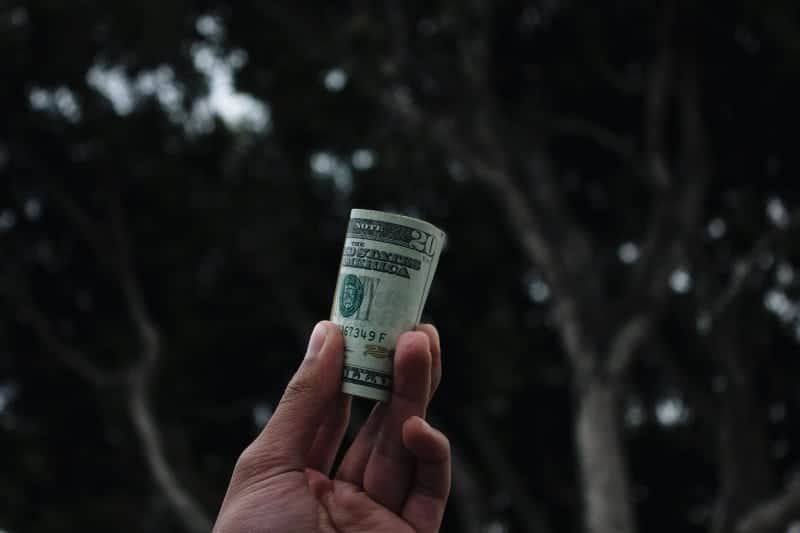 When you think of the top tennis players, it seems like they live a luxurious life and earn a lot of money just to travel the world and play tennis. While this might be true, it’s only a small percentage of players that can comfortably live with what they earn on the court. For lower ranked players, the costs that come with touring worldwide often almost equal their earnings.

The level a player competes in dictates not only how much money they make and spend on air tickets, lodging, food, and coaching, but also whether they must pay entry fees or not.

Top tennis players do not need to pay to enter tournaments. They must, however, pay yearly fees to the respectable governing tennis bodies to be able to sign up for tournaments. However, lower-ranked players must pay a $40 entry fee when competing in ITF Futures events.

The four Grand Slam Tournaments are open for entry to all internationally ranked tennis players with a 500 or better ranking based on merit. There is, however, an age limit. Players under the age of 14 are not eligible for entry.

There were 1927 men with an ATP singles ranking last January, and only 128 make it into a Grand Slam tournament.

There is another option for the US Open that costs some money to sign up for it. If you’ve not started paying as a member, then all you need to do is become a USTA member, which is the United States Tennis Association website. Through the USTA’s Tennis link, you can register for a qualifying tournament after completing your registration as a member. The entry fees for such tournaments will cost you around $45 to $100.

As a single-player, you may be allowed to register for only one tournament. Single-elimination matches playing to the best-of-three tie-breaking sets are included in the qualifying tournament. Winning the qualifying competition is just the initial step to getting into the U.S. Open.

The wild card entry into the U.S. Open Qualifying Tournament will be awarded to winners of the women’s and men’s singles in each qualifying competition. The competition normally takes place in August, right before the U.S. Open. You will have to overcome your way through some stiff competition to get into the big tournament.

On the WTA Tour, players don’t directly have to pay to enter tournaments. However, all ranked singles players who are not WTA members must be required to subscribe to the PlayerZone each year before entry in their first WTA Tournament of the year. The fee shall be $200 per calendar year.

Furthermore, any player who is not a member of the WTA and the Women’s Tennis Benefits Association (“WTBA”) will be charged a $250 administrative fee for each WTA Tournament she plays.

On the ATP tour, it’s similar. There are no entry fees to ATP Tour Tournaments or ATP Challenger Tour Tournaments. However, there can be a service fee for players who are included in the main draw or qualifying (singles or doubles) of any ATP Tour tournament and who are not members in good standing with ATP must pay the following service.

These fees can range from 100 dollars up to 400 dollars for each event. The Tour Manager will identify players who must pay a service fee withheld from on-site prize money.

Unlike most of the other tennis tournaments, ITF Futures have a $40 entry fee that players must pay to compete. If a player qualifies to the main draw, the entry fee is offset by the prize money.

Players can only enter a maximum of six tournaments per week (and eventually choose 1 to compete), and to sign up for tournaments, they need an IPIN Membership. To get that, they need to register and pay an annual fee of 65 Dollars.

These future tournaments offer very little prize money but are, of course, needed to earn enough points to move up the rankings to be eligible in challenger tournaments.

Next to the various fees for the tournaments, tennis players have a long list of other expenses. The bigger a players’ team, the more expenses. There are, however, some basic expenses that every player has, like flights, food, and hotels. Then there is the salary for coaches, physiotherapists, hitting partners, and in some cases, managers.

Most of the time, the player also must pay for the flights and accommodation of his team. According to ITF, all these costs are too much for most players. Only about 336 men and 251 women break-even in professional tennis each year.

Even though players don’t have to pay all that much to play tournaments, it is just another expense on an already costly lifestyle. Flying alone is incredibly expensive, especially for longer ranked players who then might only compete at future or challenger events where the prize money is meager to begin with.

Of course, for top players, life as a tennis pro is luxurious, and they don’t have to think twice about if they earn enough money each year, but for most of the lower-ranked guys it might not be worth it to play on the tour. The goal is basically to reach the top 100 as fast as possible before running out of money.