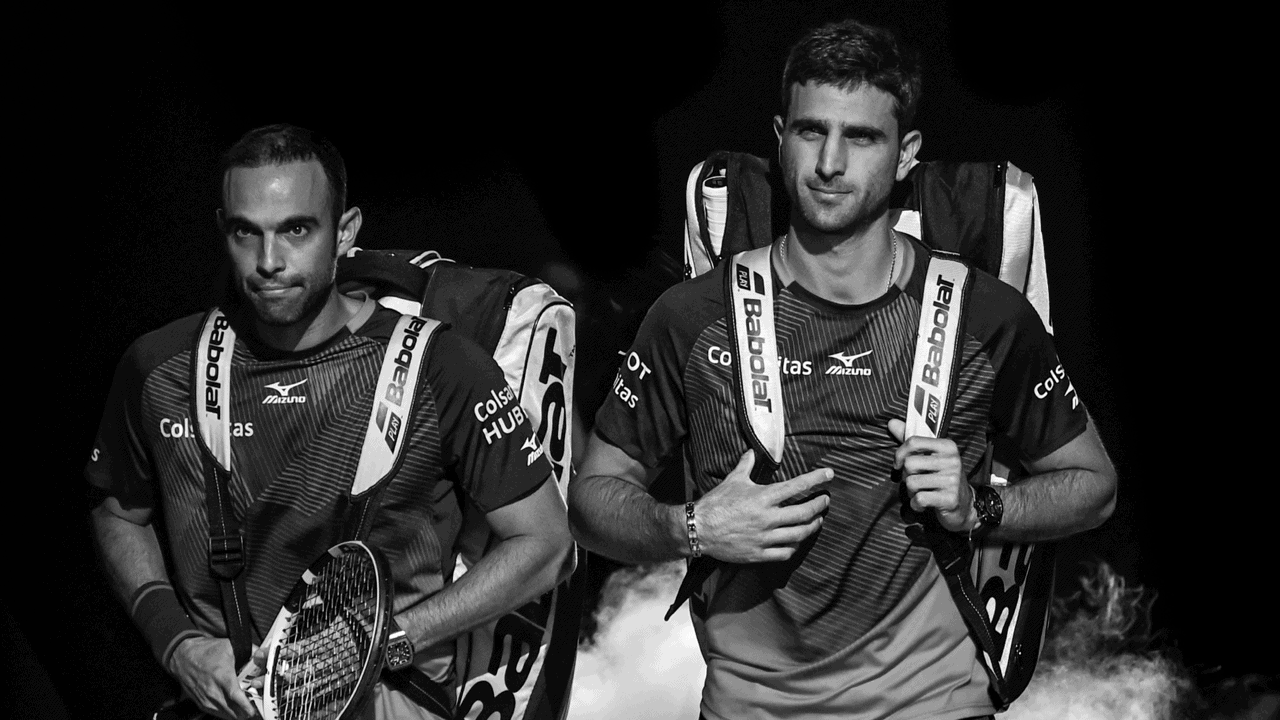 Every player should seek for the racket that is going to suit them best. Seems like a pretty simple concept, right? The “problem” becomes the infinite options to choose from. It can get complicated and overwhelming, so this article should help you find something you will like.

If you play more doubles than singles, you will want to look for rackets that are specific to this. This article is going to focus on rackets that suit a conventional doubles player. Obviously not everyone plays doubles the same way, so make sure to choose a racket that will work well with how you play.

The rackets that we recommend for doubles as of July 2020 are:

For more details on each of these rackets, keep scrolling! We have a review for each of them with specific specs, explaining why each of them makes a great racket for doubles.

Doubles Rackets: What to Look For

Before we get into the details of each of these rackets, we will go through what exactly we looked for in picking them. With so many rackets on the market, its importnt to narrow down the options. Here are the things we looked for most:

Now that you know what went into selecting these rackets, lets get into it:

Roger Federer’s style of play would translate phenomenally to doubles, so it only makes sense that the racket he endorses is at the top of our list. The Wilson Pro Staff RF 97 Autograph has everything we look for in a classic doubles racket.

This racket is heavy. At 12.6 oz (357g) strung, there’s no way around that. However, the frame is 9 points head light. This combination allows for great stability at net for absorbing pace without lacking maneuverability. Quick reactions are key in doubles, hence the reason we stress maneuverability in a racket.

When I played with this frame, I was obsessed. I love how the ball feels off the strings when good contact is made. Compared to other rackets, the sweet spot is small. It will reward players with more compact swings, especially on returns and volleys. If you have large strokes or hitches in your technique, this one may not be for you.

We recommend this racket more for advanced ball strikers. If you are a beginner-intermediate player, we think that this frame may be a bit too heavy, as it could just make the game more difficult than it ought to be.

Because it rewards smaller strokes, it’s perfect for doubles. Doubles is fast, so it requires a stable hand and good placement. The control you will gain with this racket is off the charts, and it is definitely worth trying.

As Dominic Thiem’s racket of choice, this continues to be one of the most popular rackets on the market. It just so happens that it is the perfect fit for doubles as well.

So what makes this racket suitable for doubles play? It is a great mix between the heavy, old school racket style and a modern powerful racket. It is lighter than the Wilson Pro Staff, at 11.4 oz. (323g) strung. However, the balance is 4 points head light, giving it a good heavy feel through the ball.

Overall, the playability of this racket is quite high. Players of all levels can benefit from using this racket as it rewards aggression, but also plays with nice feel. The mid-range weight attributes to good maneuverability at net, and it is powerful enough to find great pop on the serve.

Personally, I use this racket. As I found more success in my career on the doubles court, I can say that it maintains enough stability at net, but also allows for enough power on the serve. This one gets a high recommendation from everyone on our team at MyTennisHQ.

Originally used by Andy Roddick back in his world #1 days, this racket has remained a best seller for Babolat even after his retirement. You may be surprised that this racket made our list for doubles, as it seems a bit out of place, but we can explain.

The Babolat Pure Drive is one of the most powerful rackets that you can find. With a 100 sq. in. head size and only weighing 11.2 oz (318g) strung, this frame has a large sweet spot and allows tremendous racket head speed. Using this racket, you are sure to find that extra pop you’re looking for on the serve and forehand. Because it is so light and maneuverable, those quick reflect volleys will become effortless.

The game has changed, even in doubles. While many top doubles players still serve and volley, some no longer do. The game has transitioned to emphasize the serve more than volleys. Therefore, some players such as the Bryan Brothers have made the switch to this stick.

The Prestige lineup is one of the most popular on the market. The goal of the Prestige has always been to give a modern feel to an old school racket. The 2020 version does just that. The stability and control of this stick are as good as any you’ll find.

The updated Prestige weighs 11.9 oz. (337g) strung, has a 98 sq. in. head size and is 7 points head light. The 2020 version comes with an increased sweet spot and Head’s Graphene 360+ technology for more comfort and forgiveness. The new model is better for the modern style of doubles, as it has a bit more feel around the net and more pop on serves and returns.

This is a fantastic option for serving and volleying in this modern era of tennis. If you are looking for a traditional racket that has adapted over the years to a more lively feel, look no further.

The Yonex VCORE Pro 97 310 is gaining steam among competitive players. It is becoming known for its stability, control, and feel around the net; 3 things that make this the ideal doubles racket.

The VCORE Pro 97 310 weighs 11.5 oz. (326G) strung, has a 97 sq. in. head size and is 7 points head light. These specs maximize control and feel around the net, but allow for great maneuverability on groundstrokes and serve. The combination of maneuverability and mass allow for a solid feel on every ball. Of the rackets on this list, the VCORE Pro 97 310 has the highest rating for touch/feel.

When I hit with this racket for the first time, I loved it because of how it rewards clean contact. There’s no better feeling racket out there when you hit the ball cleanly on groundstrokes, slices, and volleys. I can‘t recommend this frame enough, especially for advanced and old school players.

If you are primarily a doubles player, you should consider that when choosing the right racket for you. Depending on your game style, strengths, and weaknesses, we advise that you consider rackets that are well rated on touch/feel, maneuverability, stability, and power. These things should help your serve, return and volleys, which are most important on the doubles court.

Remember not to choose a racket just because your friend likes it. It’s more important to do your own research on what you think will help your game. If you like to play a fairly traditional style of doubles, we think the 5 rackets listed above can be a great fit for you. Click on the links to shop through Tennis Warehouse, and don’t forget to try before you buy if possible.

Like what you saw in this article? Let us know in the comments below!

link to Best Tennis Rackets For Power in 2020: Professionally Recommended

The game has sped up tremendously over the years with technology improving each year. You should make sure you are playing with a racket that will allow you to keep up with the times. After all, your...

It is undeniable that serving and volleying is becoming more and more rare in professional tennis. While we still see players doing it, the play is used more as a variation tactic instead of the main...