Austin is a former Division 1 All-American and professional player. He's part of the Founding Team at My Tennis HQ and is very passionate about coaching and developing players.
GET IN TOUCH 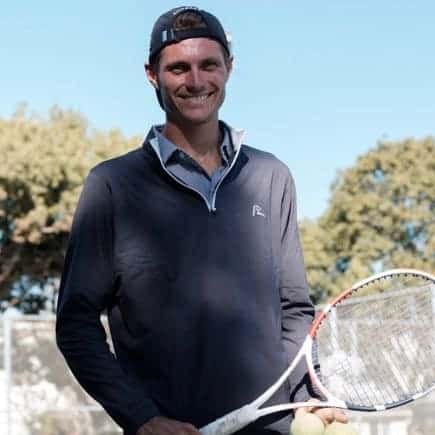 Tennis came into my life when my family moved to California from Illinois. I was 8 years old and was put in clinics to make friends. I loved all sports, but tennis quickly became especially appealing to me because of the individual aspect of it. I was just as competitive then as I am now, so I liked knowing that my success or failure was solely on my shoulders.

As a child, I put an equal amount of time and effort into tennis and baseball. My typical week consisted of tennis on Monday, Wednesday and Friday, and baseball on Tuesday and Thursday. My weekends alternated between tennis and baseball tournaments. I was a busy kid, but my love of sports made each practice the best part of every day. Around the age of 12, I made a difficult decision. I decided to stop playing baseball so that I could play more tennis each week. In all honesty, my 12 year old brain probably only made this decision because my baseball team wasn’t very good. We lost a lot. I hated that I couldn’t control my own fate in each game.

At the time, I wasn’t necessarily attracted to the actual game of tennis. However, the individual competition in practice and tournaments was what made me want to show up each day. I loved beating up on my friends, even if it was in mini tennis games. I prided myself on trying to be the best player in my area, even though I wasn’t until much later on.

At around the time I quit playing baseball, I started working with my coach Andy Scorteanu. He saw potential in me, so we worked hard to develop my game until I eventually went to college. Having the same coach for so long led to steady improvement because there was a clear vision to achieving my goals. Each day was focused on reaching that, and there wasn’t much deviation or distraction in “experimenting” with different coaches, training techniques, etc.

When I was 14, I started getting better. My long, wiry frame didn’t really change, but my aggressive gamestyle started to translate into winning more matches. All of a sudden, the “pushers” that would drive me crazy couldn’t handle my game (don’t get me wrong, some of them still drive me crazy.) Winning matches became addicting, and I started working as hard as I could each day. For right or for wrong, there was no better feeling than moving along in a draw or beating a kid who didn’t even know my name.

As I moved into my later high school years, I was starting to progress at the national level. I was the #11 recruit in the country my senior year, but coaches seemed to pay more attention to the “upward trend” of my game each year through the juniors. Playing the highest level of college tennis possible was always my goal, so getting attention from college coaches was exciting. I took my time in deciding which college to play for. I narrowed my college search to UCLA, USC, Pepperdine, TCU, the University of San Diego, and Cal Poly San Luis Obispo.

I eventually chose to play for Coach Billy Martin at UCLA because of the level of tennis, academics, coaching staff, and resources they were able to provide for me. I can say with confidence that my years playing at UCLA were the best 4 years of my life. In college I was able to become nationally ranked in both singles and doubles. In my senior year, I became an All-American alongside my doubles partner, Keegan Smith. Keegan and I reached the semi-finals of the NCAA doubles individual tournament, and that is one tennis moment I will never forget. Looking back, my most proud achievement was serving as team captain for my junior and senior years. It was an honor to me to be selected by my coaches to lead the team, and I enjoyed the pressure of team wins and losses on my shoulders.

After school, I began playing on the professional tour. My first 6 months on tour came with a lot of losing, learning, and growing. However, my game improved more in this time period than any other time in my life. I eventually reached career highs of #672 in singles and #329 in doubles, competing in Tunisia, Greece, Mexico, Thailand, and all over the United States. My best wins came over Ulisses Blanch in singles and Andre Gorranson in doubles.

I never had a ton of talent throughout my career, but I took pride in getting the most out of what I had around me. I believe that tennis is won and lost in confidence, and confidence comes from putting everything you have into training and competing. At the end of the day, hard work beats talent when talent doesn’t work hard.

I love working on content at MyTennisHQ because I believe anyone who has a passion for the game should have the opportunity to improve to the best of their ability. My goal is to put out content that allows our audience to do just that, even if they don’t necessarily have a coach of their own. At the end of the day, I have been grateful to have great coaches and people around me and I want to spread the knowledge I have been given. 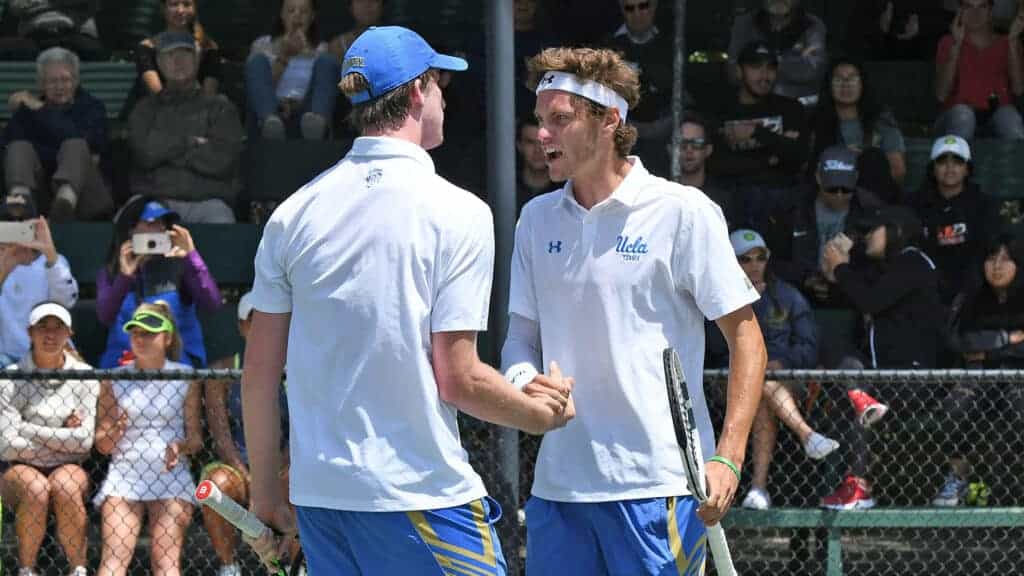 I’ve been playing tennis for a while now, so I’ve had the chance to use several different rackets. However, all of them were from the one brand I love: