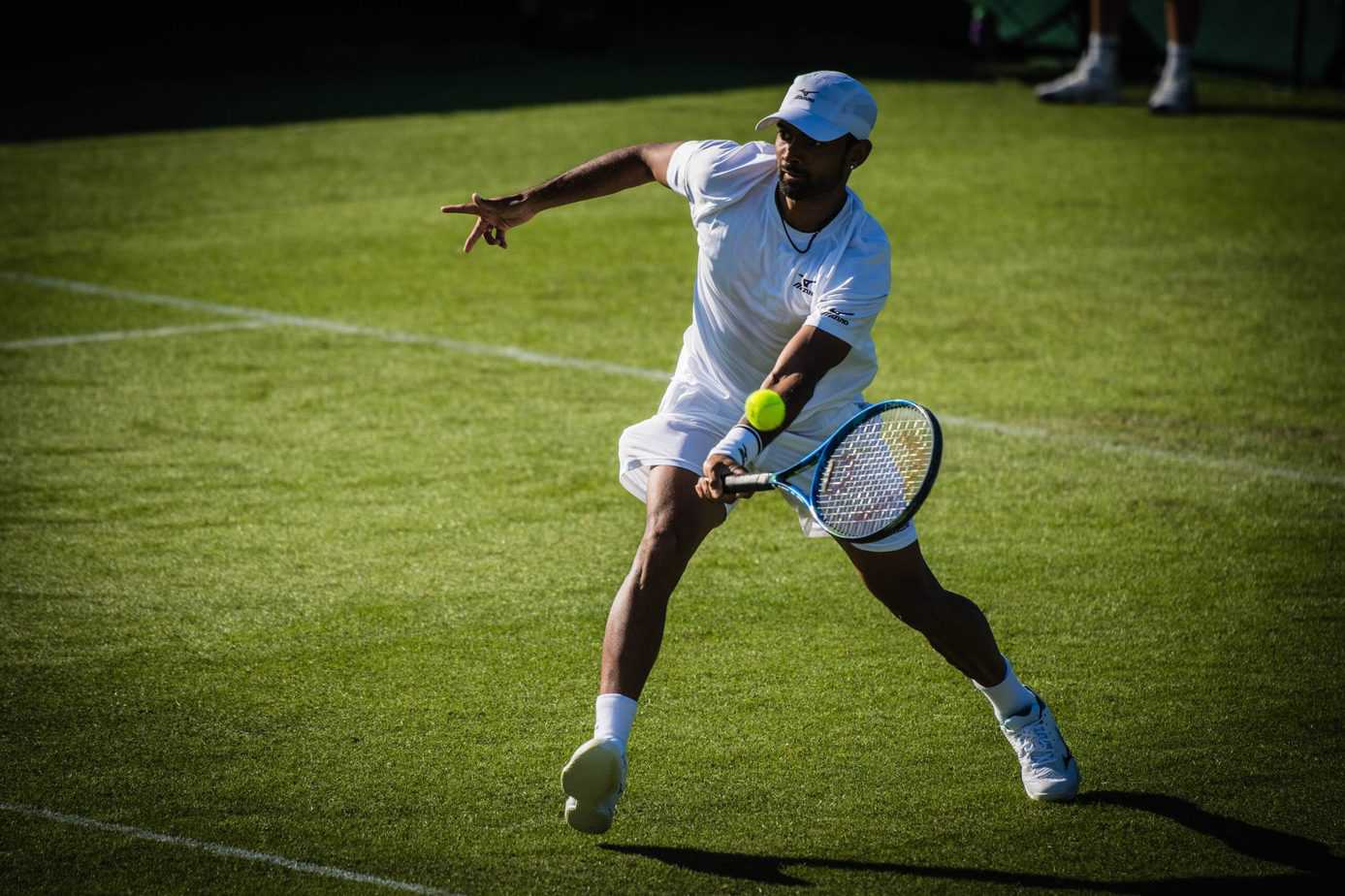 It is undeniable that serving and volleying is becoming more and more rare in professional tennis. While we still see players doing it, the play is used more as a variation tactic instead of the main game plan. This happened because, as rackets evolved, it is much easier to return fast serves in today’s game.

Be that as it may, a lot of us miss the old days of watching Pete Sampras, Pat Rafter, John McEnroe and so many other masters of serving and volleying. On top of that, there are tons of players who love to serve and volley and we hope it never goes out of style. So if you love crashing the net, we want to help you pick the right tool for the job.

The key components of a good serve and volley rackets are control, touch/feel, and maneuverability. Because it is such an aggressive tactic, precision is a must-have. Historically, the best rackets for serving and volleying typically have smaller head sizes and thinner beams, as they provide extra precision and feel, especially on volleys.

The best rackets for serving and volleying in the market as of July 2020 are the following:

If you want to learn more about each racket, pros and cons and who we believe each racket is more suitable for, keep scrolling down.

Serve and Volley Rackets – What To Look For

Before we move on to the list of rackets, we want to highlight some of the important metrics that we used in order to select them. There are hundreds of different rackets in the market with unique attributes but when it comes to serving and volleying we focused on:

We selected the each racket based on our personal hitting experience as well as performing in-depth research focused on those three metrics. We also provided a few alternatives at the end of the article for players who care less for control and want more pop on their serves. Without further ado, let’s get to the rackets.

When we think about serving and volleying, Pete Sampras’s original Wilson Pro Staff is the “O.G.” racket. Today, the remastered Pro Staff RF97 Autograph is a modern take on a classic. Roger Federer is arguably the best server and volleyer in tennis today and his racket is one of the best out there for the job.

This is a heavy frame, weighing at 12.6oz/357g when strung. However, it is extremely head light (9 points) so its weight does not sacrifice maneuverability. The racket is extremely well balanced because it provides incredible feel, touch and control while still rewarding big cuts.

Personally, I have played with this frame several times and it is the best racket I have ever used for anything that requires a good feel. Slices and volleys were outstanding and it was incredibly precise on serve. This is a serious contender for best serve and volleying racket on the market.

The only downside to it is that the weight is not for everybody. You need to be strong enough to swing the racket. Luckily, Wilson makes a lighter version so you can try that one out. For more on the Wilson Pro Staff 97RF Autograph, click here.

The Prestige lineup is one of the most recognizable on the market. Prestige rackets always aimed at providing an old-school feel to a modern frame. The 2020 version does just that. It is arguably the best in class when it comes to control and feel.

The updated Prestige weighs 11.9oz/337g when strung, 98sq inches head size and balanced at 7pts HL. The 2020 version comes with an increased sweet spot and Head’s Graphene 360+ technology for more comfort and forgiveness.

I played on the tour using the previous generation Prestige and I loved it. Truthfully, it was not the best fit for my game since I am more of a baseliner/counterpuncher but the racket felt amazing on serves and volleys. When I tried this version, I immediately liked that it was more user friendly without sacrificing the Prestige feel.

This is a fantastic option for serving and volleying in this modern era of tennis. For more information on the Head Graphene 360+ Prestige Midplus, click here.

Babolat was always known as the rackets for power because of the Pure Drive and Pure Aero lineups. But the Pure Strike lineup added a much needed control aimed frame to the brand’s quiver. The Strike is a bit more friendly than the Pro Staff and Prestige we saw above. It is definitely aimed at solid baseline players who want spin and control.

However, the racket still performs on serves and volleys. It weighs in at 11.4oz/323g when strung, 98 sq inches head size and 4pts HL balance. While a bit lighter, it is balanced so the swingweight is higher. Because of that, it is incredibly stable and maneuverable while still rewarding aggressiveness.

This is the racket of choice of our team member, Austin Rapp. When I asked him about it he said “this is a great all around racket made for modern tennis. It is solid from the baseline but if you want to be more offensive and serve and volley, it feels crisp yet comfortable”.

This is the most user friendly racket on our list and a great option for less advanced players. For more info on this racket, click here.

This new addition to the VCORE Pro lineup is quickly becoming one of the most popular releases from Yonex. It added a true “players racket” to the Yonex lineup to rival rackets like the Prestige. It is aimed at maximum control and precision and boy, it delivers.

Weighing at 11.9oz/337g when strung, 97 sq inches head size and 7pts HL, the VCORE Pro 97HD provides phenomenal control and buttery feel. It is stable and maneuverable for volleying and it has enough mass and precision for great serves. It has the highest rate in touch/feel between all rackets in this list.

This racket is nothing short of fantastic. When I hit with it I immediately fell in love. It was good from everywhere on the court and I could not recommend it more. For more info on the VCORE Pro 97HD, click here.

And finally, the last racket on our list is the great Wilson Blade 98. The Blade lineup is one of the most popular among tour players because it is an all around fantastic racket. It is also a highly customizable frame so players can adjust it to their preferences without sacrificing feel.

Weighing at 11.4oz/323g when strung, 98 sq inches head size and 4pts HL, the Blade shines on touch/feel so you can volley with pinpoint accuracy. Much like the Strike, it is a great racket for baseliners but the extra control is perfect for serving and volleying and aggressive playing styles.

The Wilson Blade is one of my favorite rackets on the market; it is one I highly recommend for players less advanced on their tennis journey. I can’t guarantee you will serve like Milos Raonic but there is a reason he uses this racket. For more info on the Wilson Blade, click here.

Now, in this list we clearly focused more on the traditional style of rackets for players who like to serve and volley; frames that excel on control and feel. However, I believe that we should not overlook the power friendly rackets in today’s market. Heck, the Bryant brothers play with the Babolat Pure Drive nowadays.

More power typically means less feel but at the same time, popping massive serves will earn you extra free points and easier volleys. So if you are looking for something less traditional or you love powerful rackets, these are 4 frames we believe are worth checking out: (a lot of doubles players use these)

There you have it. Again, we want to emphasize that picking a tennis racket always comes down to personal preference so you should always try them out before you make a purchase. At the same time, there are hundreds of rackets in the market so picking the right one for your game can be overwhelming. If you like to serve and volley, we believe that these are the best options on the market today for this kind of game style. What racket are you currently playing with? Let us know in the comments below!