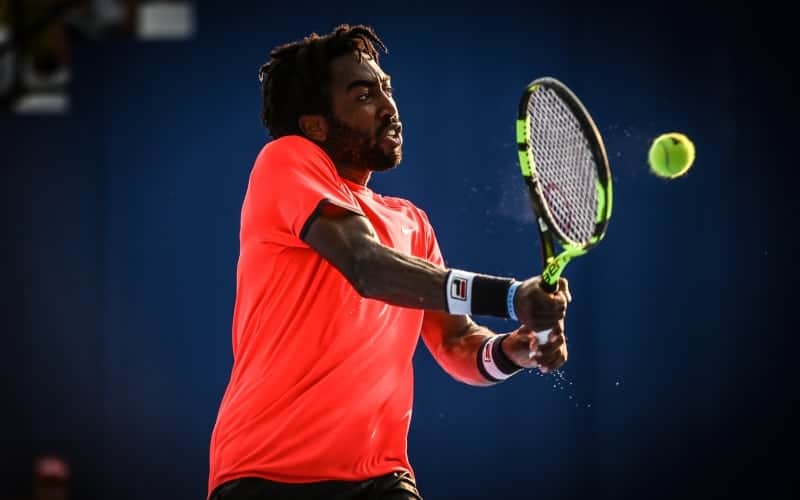 In many ways, the strings are the most important part of your tennis racket, being the only part which normally makes contact with the ball. However good the mechanics of your shots, and however impressive the performance of your racket frame, if the strings are damaged or substandard you will not be able impart the hoped for power and spin to the ball. Even if the strings are in good condition, they also need to be at a tension which enables you to get the best out of them, and which suits your game style. So, how should you decide on the best tennis string tension?

The best string tension for most players is normally between 48 and 54 lbs. A looser (lower) tension offers more power, but stringing tighter enables better control. Beginners will probably want more control, so may prefer a tighter tension at first.

Strings lose tension over time, and pros, who use a very wide range of tensions, get very frequent restrings to avoid this. Players might use different tensions depending on the racket or string being used.

What Does Tennis String Tension Mean?

Tennis rackets are strung using specially designed machines which can stretch the string to a predetermined ‘tension’. The tension is measured in pounds or kilograms, and represents the amount of weight that has effectively been used to stretch the string. Some machines actually use a physical weight to attain the desired tension, although most use either a spring-loaded mechanism or electronic tensioning.

A looser string tension is associated with what is known as the ‘trampoline effect’. The key characteristic is called the ‘dwell time’, being the amount of time the ball stays in contact with the strings before it is pushed away. A longer dwell time means that the string stretches further and ejects the ball with more force. Lower string tensions produce greater dwell times and more power.

Tighter string tensions mean that the strings stretch less when the ball is in contact with the racket. This will produce, all other things being equal, less power than a lower tension. The higher tension also means that the ball flattens more when it is on the racket face, enabling more topspin to be produced. The combination of a reduced trampoline effect and a greater ability to produce spin means that a higher tension offers more control.

No two players are the same, but most beginners will be keen to keep as many balls in court as possible. Using a relatively high string tension will give them the best possible chance of controlling the ball, and make the game a little easier for them. As they become more experienced, they can experiment with different string tensions to determine what suits their game style. One proviso is that an elderly beginner with little physical strength might want to learn using a lower string tension, as this will make it easier for them to hit the ball firmly and could be more encouraging for them.

It is generally thought that a polyester string loses around 10% of its tension in the first 24 hours after stringing. The loss is significant but smaller for multifilament strings and natural gut. Subsequently, tension loss is slower, but is an unknown variable that top players are not prepared to risk.

The highest-ranked players will not only require a batch of freshly strung rackets every time they go out to play, but some will ask for these to be strung a specific amount of time before their scheduled start time in order to try to get a precisely consistent tension.

What Tension Do Pro Players Use?

The tensions the pros use will vary from time to time as they experiment and adjust for different playing conditions. The majority of the very best players use tensions in the mid-to-high range, but there are some interesting outliers.

Roger Federer typically uses tensions in the range 55-60lbs, which is slightly above average for the racket he uses. Rafael Nadal uses a mid-range 55lbs, while Novak Djokovic, whose game is based on control and accuracy, uses a rather high 62-64lbs.

Kei Nishikori, as a lightly-built player who needs power, is perhaps a less surprising example of a player who prefers tensions of under 40lbs. The unorthodox Mikhail Kukushkin, a player who likes to be able to generate power effortlessly, has been known to use tensions in the low twenties!

String tension is a personal choice. Some players crave control, and use a high tension, whereas others will enjoy the ‘springy’ feel of a low string tension. Club players would often benefit from trying a few different tensions, in order to find the feel that suits them best.