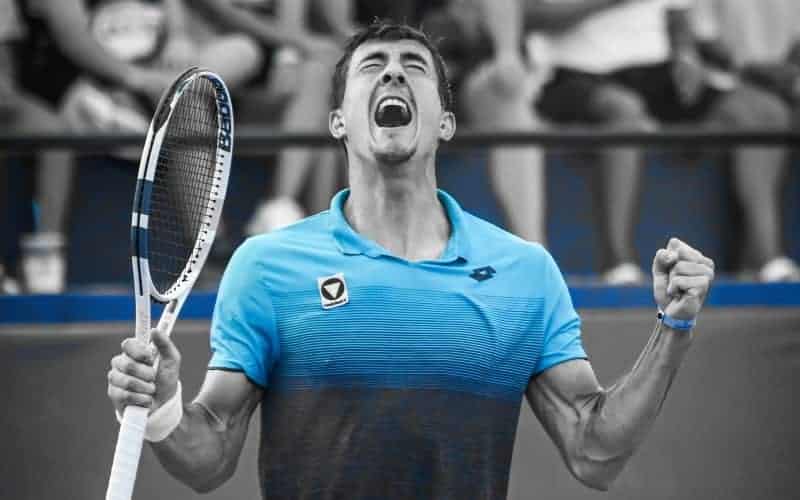 Modern racket technology and technique have evolved in such a way that players now serve harder on average than ever before. The various governing bodies have made efforts to slow the game down by making changes to the balls and the court surfaces, but it is still true that, in men’s tennis in particular, serving provides a significant advantage.

Some of the leading players, like Alexander Zverev, produce an average speed of over 130 mph with their first serve, meaning that their opponents have very little time to react and make a telling return. As tennis matches consist largely of a series of ‘service games’, in which one player serves to begin each point until the game is won or lost, you will appreciate that any opportunity to win a game during which your opponent is serving is very valuable, especially at the top level. Far more games are won by the server than the returner in men’s tennis.

The situation in women’s tennis is slightly different, as most of the players are shorter and less muscular than the men. This limits the pace at which they can serve, although some, such as the Williams sisters can still serve very effectively. Nonetheless, female players generally regard returning games as a great opportunity to dominate their opponent, and in some matches a large number are won. This does not lessen the importance of winning the games in which your opponent serves, however, as maintaining dominance in these these can provide a huge psychological advantage.

A break point in tennis is a situation where, if the returner wins the next point, they will win the game. The scoring system allows you to have up to three break points in succession. These points are psychologically important, especially in men’s tennis, where points won against the serve are at a premium.

Break points can be harder to win than game points, where the server has an opportunity to win the game.

The Meaning Of Break Points In Tennis

In a standard service game, if a returner reaches a score of ’40’ before the server does so, then by winning the next point they can win the game. This is known as a ‘break’ of serve, and hence the point which, if won by the returner, will result in such a break is known as a ‘break point’.

If a returner has reached a score of 40, the server could be on 0, 15, 30, 40 or advantage. Any of the first three would mean that the returner had break point, as winning the next point would earn them the game and a break of serve.

If the server has not won a point so far, any of the next three points could earn the returner a break, so this is known as ‘triple’ break point.

If the server is on 15, the returner has earned two opportunities to break, known as ‘double’ break point.

On the other hand, if the server has won two points, to reach 30, the returner must win the next point in order to break serve, or else the score will become deuce and they will need to earn another chance.

This is, naturally, known as a ‘single’ break point. A similar situation arises if the returner wins the ‘deuce’ point and moves to ‘advantage’.

Why Are Break Points Important In Tennis?

Tennis players are taught that the games when they are serving offer the best opportunity to increase their score in a set, and the statistics certainly bear this out. On the ATP Tour, the best servers, such as Ivo Karlovic and John Isner, win more than 90% of their service games on average, a figure which undoubtedly increases on faster court surfaces.

Even fairly modest servers tend to win over 70% of their service games. It is therefore clear that winning one of your opponent’s service games offers a substantial psychological and tactical advantage. Against the better servers, a returner will not earn many break points, so when they do get one both players will regard the point as crucial.

On the WTA Tour, the dominance of the serve is lower, but every woman in the top 20 of the rankings wins over 51% of their service games, with Ashleigh Barty managing an impressive 80%. Thus, breaking serve will still have a psychological impact, albeit a smaller one than in the men’s game.

Some of the bigger hitters try to adopt as intimidating a posture as possible when returning in order to establish their dominance, and this is certainly something Serena Williams has practiced over the years. Serena often stands well inside the baseline to indicate her contempt for the quality of the second serve which is about to be delivered.

If a server reaches 40 before the returner, or earns an ‘advantage’ following a deuce, this is known as ‘game point’. By winning the next point, they can win the game. Some service games can become very long, as it is possible for the score to oscillate between deuce and advantage to the server or returner for an unlimited amount of time.

These games will inevitably see a succession of break points and game points, and the time they take increases the psychological significance of winning them. Breaking serve is always important, but holding serve after saving several break points can also offer a substantial boost.

Break points are perceived by tennis players as some of the most critical points in a match, primarily due to their relative rarity in a game where the serve is often a major weapon. When you earn a break point, staying calm and positive will give you the best chance of earning a vital psychological advantage.