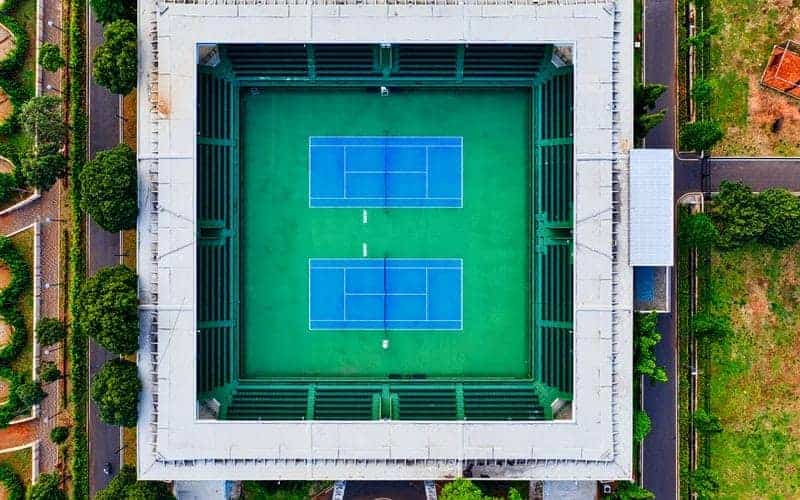 If you are an ambitious young tennis player, you will probably be looking to begin training more intensively, alongside players similar to and more advanced than yourself. Tennis academies are designed to satisfy this need by bringing together top coaches with leading juniors and professionals at a single site. Players can train full-time, and juniors are normally supported through their schooling. Many such academies exist across Europe, and this article will briefly review 11 of the very best.

Riccardo Piatti is an experienced coach who has worked with several top 10 players. The academy is based on the Italian Riviera. There are four hard courts on-site, two of which are indoor, with access to two clay courts at a nearby club. They aim for high intensity in a ‘family’ atmosphere. Unusually, the academy does not offer full board, so you will need to sort out your own accommodation and schooling, but the annual cost is a relatively affordable $20,000.

The Schuttler-Waske Tennis University was founded by former leading players Rainer Schuttler and Alexander Waske. Based near Frankfurt in Germany, the academy has 8 hard courts, including 4 indoor and 5 clay courts. At Schuttler-Waske, they aim to offer individual attention and develop a team atmosphere. The cost is not stated online.

The Mouratoglou academy is located on the French Riviera. It boasts 34 courts, equally split between hard and clay, with 8 indoor. The impressive campus features two swimming pools and an athletics track. Several leading players train there, including Serena Williams, but they pride themselves in focusing on personal development and education. The cost is around €38,000 per year for training, plus €14-25,000 per year for accommodation.

The Barcelona Tennis Academy, actually located 15km from the city, is based at a large club, with access to 21 clay courts and one hard court, as well as a gym, swimming pool, etc. The Barcelona setup is a small one, with around 14 full-time players. Schooling is available at a nearby school, and accommodation is arranged either with host families or in apartments. The small size of the academy allows for plenty of individual attention. There seems to be an emphasis on fitness and consistency. They do not specify fees online.

Rafa’s academy is based on his home island of Mallorca, and the coaching team is headed by his legendary Uncle Toni. It is another large academy, with 26 courts and a full-time program including education at the Rafa Nadal International School. The facilities are definitely of a high standard, and the weather is likely to be good. They emphasize their meticulous attention to detail, as you would expect from their association with Rafa. The cost for an annual program is likely to approach €60,000.

The Good to Great academy is based in Danderyd, Sweden, which means that training will be indoors most of the year-round. They have seven indoor hard courts and five outdoor clay. The academy was set up by former players Magnus Norman, Nicklas Kulti, and Mikael Tillstrom. Their guiding principles are C.A.R.E.: Concentration, Attitude, Respect, Energy. A full year’s training and accommodation costs around $36,500, but education is normally done through online providers and costs extra.

Unusually, Soto is an academy in Sotogrande, Spain, run almost entirely by Britons. The Director of Tennis is Dan Kiernan, and they have 10 hard courts, of which 7 are indoor and 3 outdoor clay. The environment would be ideal for English-speakers who would like to train in Spanish conditions with good coaches. Prices for the full-time program start at around €25,000.

Based in Bree, Belgium, the Kim Clijsters academy is run by the former world number one herself. It offers 3 indoor hard courts, 5 indoor gravel, and 10 outdoor clay for use in the Belgian summer. Education is available but will be online unless you speak Flemish. As you might expect from Kim’s image, the academy prides itself on its friendly atmosphere. The annual cost is not stated online.

The BTT academy is another based near Barcelona, at Valldoreix. Like the Barcelona academy, it is based at a large club with good facilities, offering 2 hard courts and 16 clay courts. Accommodation is available offsite, but you will probably need to organize your own education. They aim to provide a customized program offering a high level of individual attention. Annual costs are not stated online.

The JC Ferrero Equelite academy is based near Villena in Spain. Although not the founder, former world number 1 Ferrero maintains a significant presence. Education is provided in conjunction with the ‘King’s College’ school in Alicante. There are 10 clay courts and 9 hard courts, one of which is indoors, plus one grass court. They aim to develop players within a ‘family’ environment for an annual cost of around €48,000.

Established in 2007 by Belgium’s other former world number 1, the Justine Henin academy is based in Limelette in Belgium. There are 6 indoor hard courts, 3 indoor clay, and 10 outdoor clay. The emphasis is on characteristics close to Justine’s heart, such as courage, fighting spirit, respect, and discipline. Education is incorporated and can either be in-person or online. Prices are not stated online.

The academies listed here are all excellent in their own way. If you are looking to join one, the only real way to decide is to visit the ones you are interested in and experience the atmosphere.