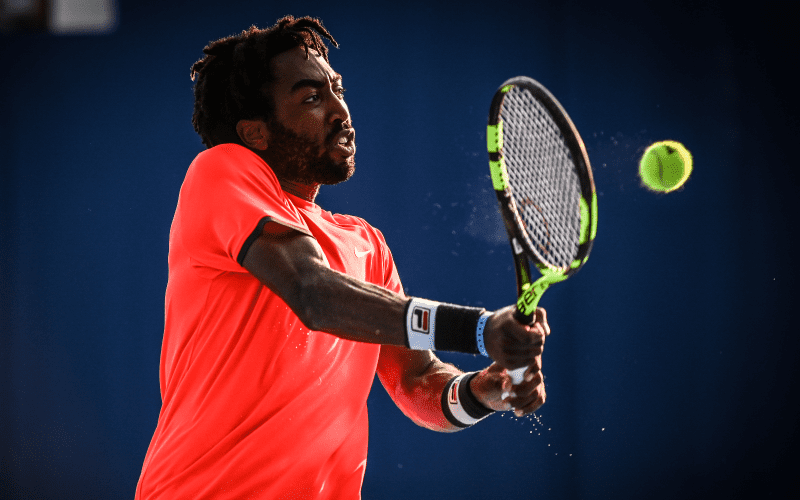 As a beginner, you will have wanted a racket that made the game as easy as possible. It may have had a large head and offered plenty of power to assist your shots. Now, however, you have progressed to the ‘intermediate’ stage.

Your shots are becoming more technically correct and consistent, and you are likely to be looking for a more maneuverable racket, offering what coaches like to call ‘playability’. There is no single correct choice, as rackets are designed to suit different styles of play, but in this article we will look at some of the best Babolat rackets for intermediates.

The Pure Strike 16×19 is a racket that tries to give you a little bit of everything. It is powerful, due to its open stringing pattern and solid 323g weight, but it is not as stiff as the most powerful options, with a Babolat flex rating of 66.

Its 98 square-inch head size and head-light balance help with maneuverability and, in conjunction with the open stringing pattern, developing plenty of spin.

It has been designed to offer more cushioning and feel than some other powerful rackets, so it can benefit players who like to play at the net and need control. Reviewers generally praise this racket, although some feel that it is aimed more at aggressive players, as switching to softer, floaty shots was tricky for them.

If you are developing an attacking, all-court game, the Pure Strike 16×19 may be exactly what you need.

The Pure Drive features a larger 100 square-inch head size and an open 16×19 string pattern. It has a fairly high stiffness rating of 71, an unstrung weight of 318g, and a head-light balance.

Reviewers remark upon the power it provides, and note that players with the right technique can also generate a lot of spin. On the other hand, the sweetspot is not as large as some, the racket can feel a little stiff, and it is sometimes possible to lose control.

Nonetheless, overall, the racket is very well liked. For an intermediate player, the first thing to keep in mind is that this is a powerful racket. If you are developing a game-style that is going to be all about big groundstrokes, the Pure Drive is designed to help with this. It will also aid you in developing a big serve. However, if you want to introduce touch and subtlety into your game, or a significant amount of net play, you might want to look at other options.

If you are working on building a big game from the back of the court, the Pure Drive will help you to add that little bit of extra power.

If you enjoy putting plenty of spin on the ball, the Babolat Pure Aero is the racket which will give you the most help. It is, after all, endorsed by Rafael Nadal, who spins the ball more than virtually anyone else.

Slightly lighter at 300g unstrung, and featuring a 100 square-inch head, the specifications of the Pure Aero are nonetheless fairly similar to those of the Pure Drive. The Pure Aero has an open 16×19 string pattern, but combines its slightly lighter weight with a more flexible frame, measuring 67 on Babolat’s stiffness scale.

Reviewers generally agree that the Pure Aero is great for spin and power, although some question its stability. For an intermediate player, you need to keep in mind that this is a pretty lively racket. If you are able to impart a lot of spin on your groundstrokes, the Pure Aero will offer plenty of assistance. If, however, you tend to hit flatter, you may find control an issue.

If you are modelling your game on Rafa’s, or at least enjoy putting heavy spin on the ball, the Pure Aero is certainly worth trying.

The Pure Strike 18×20 has an almost identical specification to the 16×19 version, but features a more dense 18×20 string pattern. Reviewers note that this version provides reasonable power in conjunction with good levels of control.

The relatively dense string pattern helps players to reduce inaccuracy, and it will address some of the control issues which users identified with the 16×19 version. The swing weight of the racket makes it more suitable for physically stronger players: some female players have said that they do not obtain as much power from the Pure Strike 18×20 as they would like.

If you are strong enough to generate good racket head speed with a racket of this weight, and value control, the Pure Strike 18×20 is definitely worth looking at.

The Pure Drive VS is essentially a slightly more maneuverable, control-oriented version of the powerful Pure Drive. It has a smaller 98 square-inch head, compared to the 100 square inches of the Pure Drive.

It offers an identical balance and open stringing pattern, so it will still support you in generating a lot of power and spin. The smaller head allows more maneuverability and control, which could be very helpful for many intermediate players given the power produced by the Pure Drive. The Pure Drive VS is slightly lighter than the Pure Drive and offers a thinner beam, which some reviewers have suggested reduces its stability.

If you love the idea of the Pure Drive, but find it difficult to play consistently with it, the Pure Drive VS may be just the compromise you need.

These are five great rackets, so you just need to consider which is best suited to the way you aim to play. Don’t be afraid to try them all.

link to The Top 5 Best Babolat Rackets For Spin

If you want to hit a tennis ball with a lot of topspin, there are several racket characteristics that can help. A lower swing weight, normally found in a head-light racket, helps you to generate the...

There are a lot of rackets out there, and choosing a racket that suits your game is important. If you are considering switching to a Babolat racket, you've come to the right place. You should be...