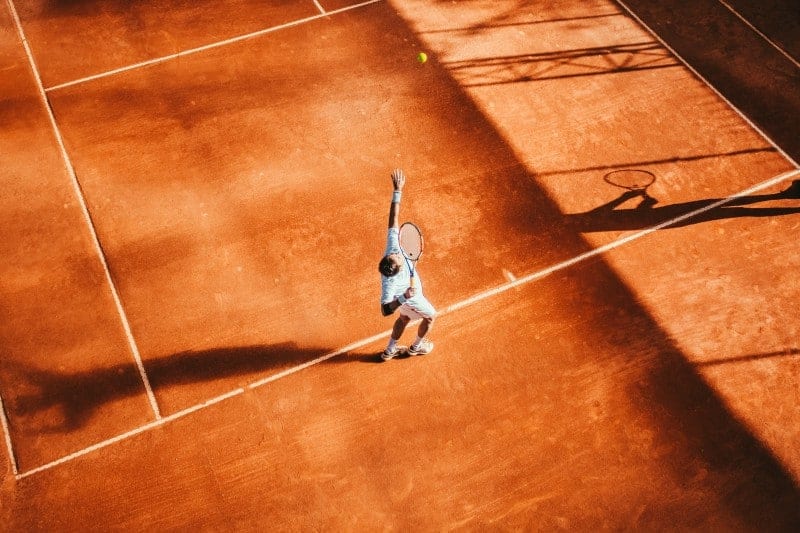 One of the enjoyable things about tennis at any level is being able to take part in competitions. You get the opportunity to test your game against people with different styles and abilities, and your mental strength is challenged by the need to stay focused.

One way to compete is to enter tournaments at an appropriate level. These can be great fun, but there might be an entry fee of around $50, a significant amount of travel, and an unknown time commitment. The alternative is to play in a league. There are many different types of these across the USA, but generally, they will be cheaper than tournaments, with more predictable timings and less traveling.

Tennis leagues work in singles and team formats, with matches scheduled during specific time periods. Players can join leagues online or through someone who already runs a team. Matches take a variety of forms, depending upon the players’ age, experience, and level. On average, fees to play in a league range from $20 – $100 per year.

How To Join Tennis Leagues

There are many organizations that run tennis leagues for adults, and each will have its own rules and method of joining. If you are new to league tennis, the easiest way to start is at your local club. Some will probably operate internal leagues, both singles and doubles, which will provide a perfect starting point. For a significant number of people, these internal leagues are all they need, as they offer regular matches at a modest cost with no extra traveling.

Others will want to challenge themselves by joining a league that includes players from other clubs and areas. The first thing you will have to do is obtain an NTRP rating by self-rating using the published descriptions or getting a recommendation from a pro. This will give you an idea of what level of team you should try to join. It is likely that your local club hosts at least one or two such teams, and if you approach the captain(s), you will be able to ask about being added to the squad.

If there is no space in your club’s teams, you will need to find another team to play for. The majority of leagues in the US are run by the USTA, and if you approach your Local League Coordinator, they will help you find a team. Alternatively, you could find a local USPTA league, either online or via a coach- these have a different format with a wider range of players in each team. If none of these appeals, go to ustennisleague.com and register for one of their leagues. The latter can either be singles or doubles, but you can arrange matches at a time to suit you, and, apart from your doubles partner, you do not need a team.

How Do League Matches Work?

An internal club league is likely to make matches relatively short, for example, playing a single set to 8. The club will probably set up a series of round-robin divisions, with promotion and relegation at the end of each month.

USTA leagues use a range of formats depending on the age group. Their ‘adult’ leagues, which will include men’s leagues and ladies’ leagues, will typically involve a combination of singles and doubles matches. Teams will be restricted as to the NTRP ratings of players they can include so that each league is balanced. There are leagues for over-18s, over-40s, and over-55s, as well as mixed leagues for over-18s and over-40s. The over-55s and the mixed leagues are doubles only, and there is a restriction on the total NTRP rating of each pair at the various levels. Individual matches will typically be played over the best of three sets, with the third set being a match tie-break. At the end of the season, successful teams can qualify for regional and national finals.

USPTA leagues differ from the USTA ones by virtue of requiring a range of NTRP ratings in each team, with four players or pairs competing at their own level. It also allows for the hosting of matches to be shared to enable clubs with limited courts to participate.

If you are really new to the game and you have been told that your NTRP is 2.0 or below, you will probably not be quite ready for the USTA or USPTA leagues. At this stage, you will benefit from joining the lower levels of a club league or possibly registering with ustennisleague.com.

This will teach you about matchplay without the pressure of representing a team. Once you reach 2.5, both USTA and USPTA offer leagues that can give you the chance to enjoy team matches.

Typically, over 300,000 people per year play in leagues run by the USTA. The format and structure are tried and tested, and they offer the chance to play in national finals. The USPTA offers an interesting alternative format, which is definitely worth a try, especially if you want to be on a team with friends who are not the same standard as you. There are other leagues which could be enjoyable too, so check what is available near you.

How Much Does It Cost To Join A League?

This varies by region and whether indoor courts are needed. In New England, for example, the typical costs of playing in a USTA League are the following: $44 to join the USTA, $23 to register a team, and $90 for court fees. The latter two costs can be shared between 6 to 8 players, implying a cost of $14-20 per match.