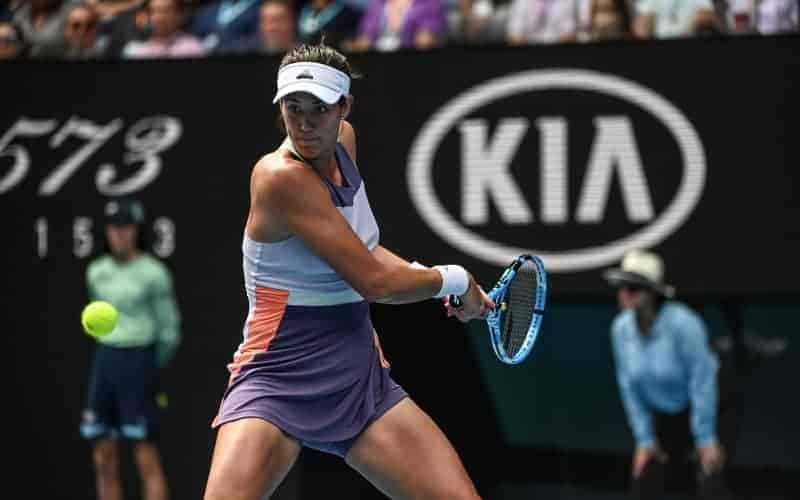 When the sport of lawn tennis was invented in the 19th century, fashion dictated that women wore corsets and long skirts, which obviously meant that any extreme movements were heavily restricted. Soon, white, cotton, and linen full-length dresses took over, but these still did not lend themselves to athletic play. It was Suzanne Lenglen who began the trend towards the practical tennis wear seen today when, in the early 20th century, she wore shorter calf-length skirts and short-sleeved tops while winning tournaments with an athletic style not previously seen.

Dress styles continued to evolve, until, by the 1960s, they were short and fashionable as well as being practical. During this era, two-handed backhands were unheard of, so players could hold a spare ball in their non-racket hand during a rally, and there was no need for ball storage. Once the double-handed backhand was popularised in the 1970s, there was a need to put a spare ball somewhere during play. Plastic ball clips were tried for a while, but the modern solution is to wear spandex ball-shorts underneath a skirt or dress.

It is unusual for tennis dresses to incorporate built-in shorts. Whilst such a combination is practical, it is considered more stylish for the dress and ball-shorts to be separate garments. Thus, a tennis dress is usually bought without built-in shorts, but it is exceptionally unusual for a player not to wear one in conjunction with shorts.

Do Tennis Dresses Have Pockets?

The design of tennis dresses in 2020 is big business. Manufacturers pay leading players to model their latest styles at the major televised tournaments, in the hope that amateur enthusiasts will buy them in large numbers. Today’s dresses are lightweight, comfortable, and cool, and are made of materials which take sweat away from the body quickly.

Unfortunately, it has for some time been considered unfashionable to incorporate pockets in the tennis dress itself, so these are pretty much unheard of now.

It is probably not just a matter of fashion, as putting a ball in a pocket attached to a loose-fitting dress would no doubt be distracting when rallying.

Nonetheless, pockets have not always been absent. When teenager Tracy Austin burst onto the scene in the late 1970s, she wore home-made pinafore dresses, some of which incorporated extremely useful-looking pockets!

What Female Players Can Wear Under Their Dress Or Skirt

In the past, there were rules relating to considerations of modesty, the limits of which were gradually tested by players and designers like Gussie Moran and Ted Tinling until they became far less restrictive. Today, female players can wear pretty much what they like under their dress or skirt.

In practice, they will almost always wear spandex-type ball-shorts with a pocket. These are comfortable and practical. The only real complication arises at Wimbledon, where all clothing is expected to be predominantly white, including under-shorts.

In cold conditions, such as those experienced at the 2020 French Open, leggings are permitted.

When hitting a first serve, most players prefer to be in possession of a second ball, in order to avoid losing their rhythm if they need to hit a second serve. It is possible to hold a second ball in your non-racket hand if you hit a one-handed backhand, but this is rare among female players today – and in any event, some would not have large enough hands to hold two balls at the start of the point.

Ball shorts are the solution for most players. They have a pocket sewn into them which enables a ball to be stored without causing discomfort during play.

The wearing of shorts for tennis instead of a dress or skirt was pioneered by Alice Marble in the 1920s. Since that time, shorts have never been the most popular style of dress, but certain leading players have preferred them. For example, they have been worn at major events by Martina Navratilova, Mary Pierce and, more recently, Jelena Ostapenko and Victoria Azarenka.

These shorts have generally been fairly tight-fitting, which has meant that they have not always incorporated pockets, so they have not necessarily provided a solution to the issue of ball storage. If they are loose enough, ball-shorts can still be worn underneath.

The history of tennis attire for women has reflected their changing position in society. Starting from a time when female players were forced to wear something extremely uncomfortable and impractical, tennis clothes have evolved into a wide variety of practical and stylish options.

Tennis dresses today allow women to feel fashionable and feminine without being restricted in their movements. They will normally be combined with under-shorts which can be as modest as the player desires, and will allow for comfortable storage of the spare ball.