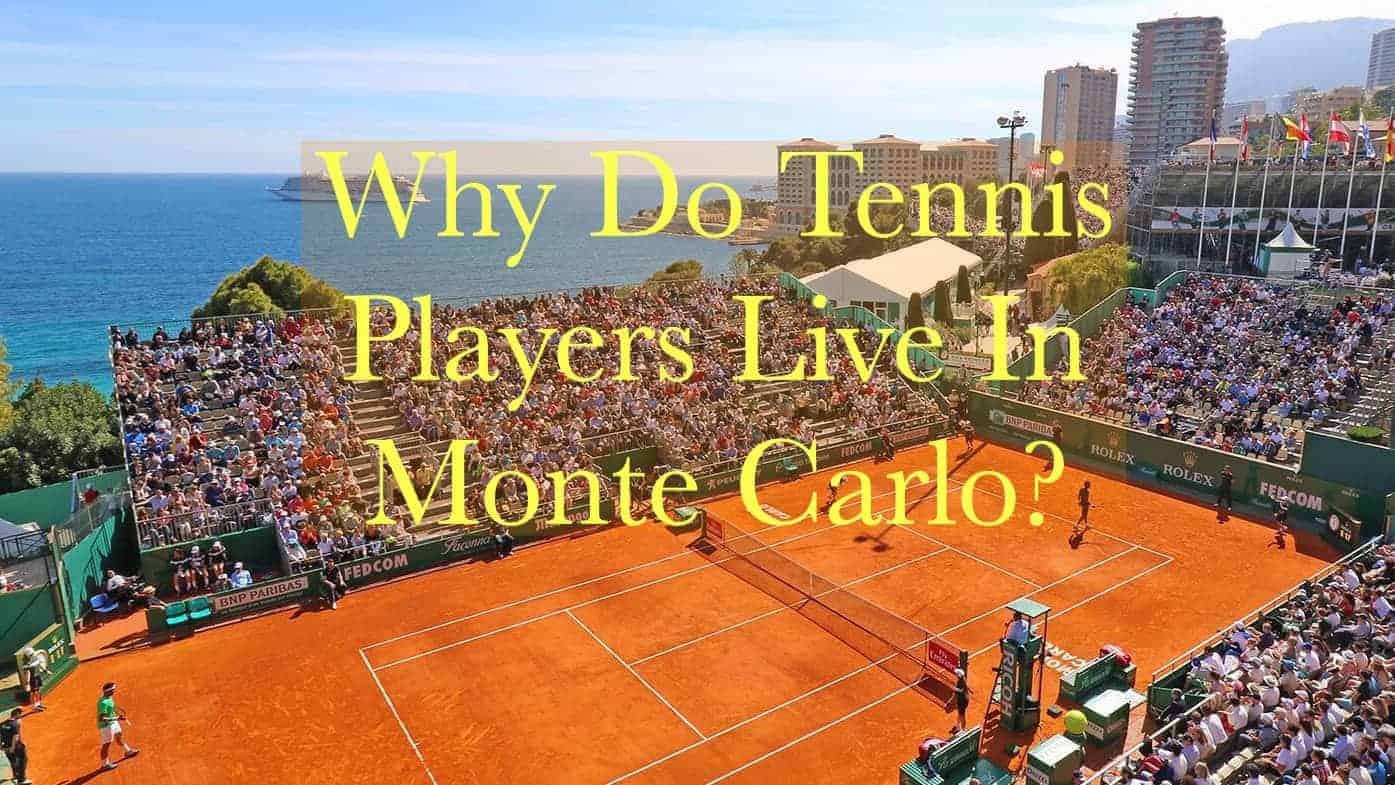 If you are an avid tennis watcher, you might have noticed that many tennis players have set their residency in Monte Carlo. There is one simple explanation for that.

The reason why tennis players like Novak Djokovic live in Monte Carlo is that it is considered a tax haven. The Principality of Monaco does not collect personal income taxes and does not levy net wealth taxes. The highest-ranked players in the world earn millions of dollars a year in prize money and sponsorship deals, so choosing to live in a tax haven is a lucrative decision.

While taxes are undoubtedly a tedious subject, taxation in professional tennis is incredibly unique because players earn their living in a different country every week and tax laws change from country to country. Below we covered the topic more in-depth.

Monaco is one of the few tax haven’s used by tennis players in order to avoid paying income taxes. Some players have chosen Dubai, Switzerland and The Bahamas for the same economic reasons. Here is a list with some ATP Players who reside in tax havens.

As we can see, this is quite the extensive list and it is not exclusive to men. A number of WTA stars also have residency in tax havens, including petra kvitova (Monte Carlo), Caroline wozniacki (monte Carlo), garbine muguruza (switzerland). Living in countries free of income taxes has been long practiced by professional tennis players, dating back to legends like Bjorn Borg and Goran Ivanisevic.

In order to understand why so many players go through the trouble of relocating in order to avoid income taxes, first we need to understand how taxation works in professional tennis. This, however, is a very complicated subject because tennis players compete across the entire world and each country has specific tax laws for foreign earnings. Because of that, players are taxed where they earn their money, which automatically cuts their prize money earnings significantly. For example, foreigner players pay a flat 30% tax on their earnings while competing in the United States. On top of that, the same earnings can be subject to taxation in their home countries, albeit dependable on the tax relationship between both countries. Therefore, it is economically smart for players to live in tax havens in order to avoid double taxation.

Another thing we need to keep in mind is that tennis players have diverse income streams. While prize money figures can be astronomical for top players, the bulk of their earnings comes from sponsorship deals, appearance fees and exhibitions. For example, Roger Federer earned $93 million dollars in 2019, but “only” $7.4 million came from prize money. While the majority of the players earn significantly less than Federer in endorsements, they still want to protect their earnings and maximize their profits. Tennis is costly and top pros have many expenses including travel, coaches, trainers and so on so saving money by living in tax havens like Monaco is beneficial in the long run.

Circling back to Monte Carlo, it is undeniable that the city is breathtaking. For those who can afford residing there, the city provides a luxurious lifestyle and a stunning landscape. On top of that, the geographical location of the region is appealing for two reasons. First, the Mediterranean weather makes Monte Carlo a great place for training outdoors year around; the city gets over 300 sunny days a year. Winters in the country are typically shorter and warmer than the average European winters which is great for off season training. Second, Monte Carlo’s location is ideal for traveling. The region’s proximity to all European tournaments translates into a convenient base for tennis players.

In conclusion, it is clear that players who reside in Monte Carlo do so for financial reasons. While people may argue that players end up not paying millions of dollars in taxes to their home countries, it is hard to blame them for protecting their finances. Rafael Nadal, one of the few top pros who chooses to be based in his hometown of Mallorca, pays over 50% taxes on his yearly income. In an interview, he stated that “if I lived in another part of the world, I would have earned double, but in Mallorca I have my friends and family. So I would have twice the money but be half as happy”. Given that the Spaniard makes close to $30 million dollars a year, it is hard to fathom giving half of it away. Now tell us, if you were in the same position as the top pros, would you try to live in a tax haven or would you continue to live in your home country?