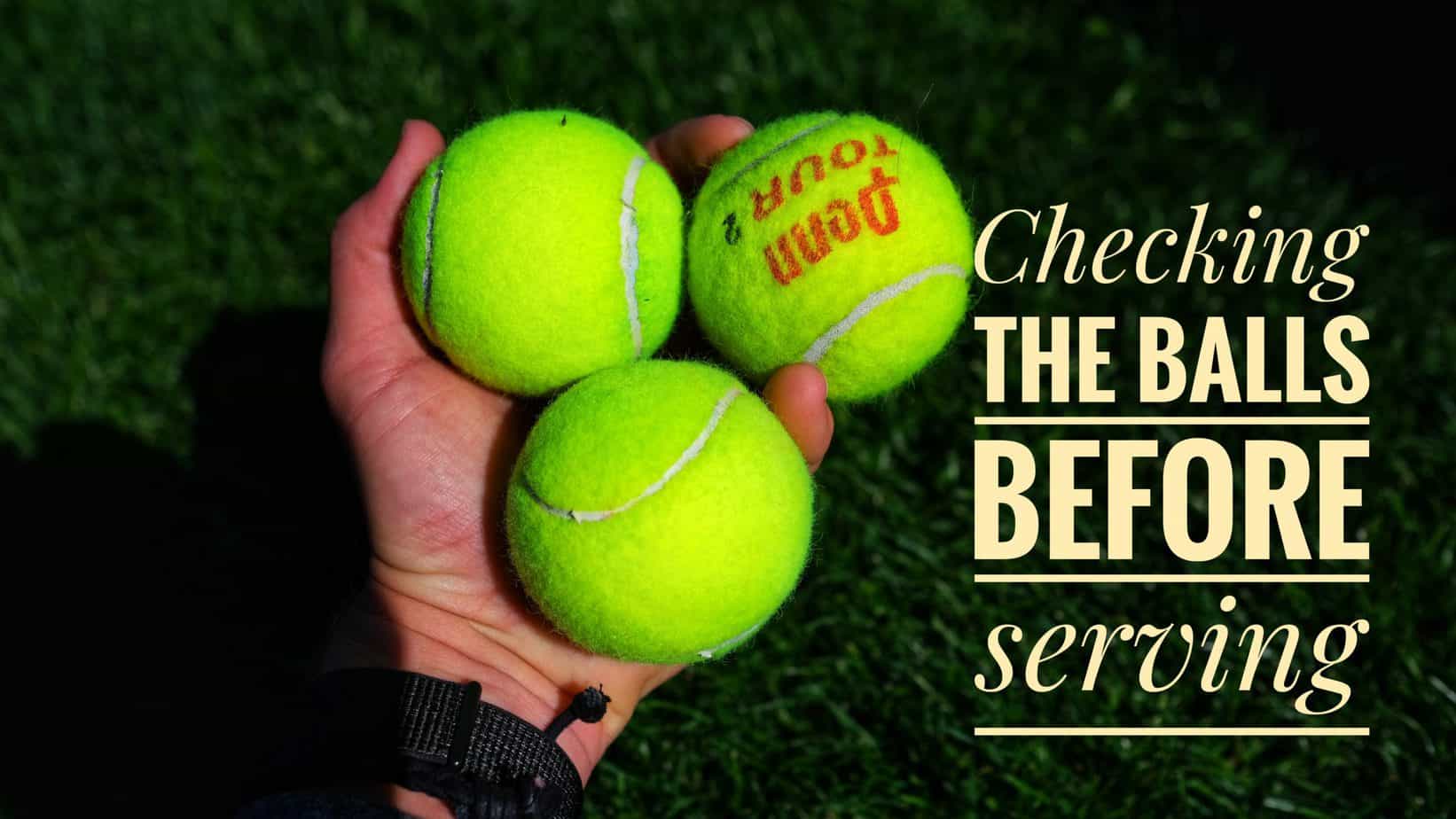 If you watch tennis, I am sure you noticed how most tennis players check the tennis balls before serving. They often ask the ball person for three or four balls in order to pick the balls where they wish to play the point with. This is a common practice in professional tennis and it has been around for a long time. Is there an advantage to be gained by picking the right tennis ball or is it just player’s superstition? Let’s find out.

The main reason why players check balls before they serve is to pick the smoothest balls – to maximize serve speed. As the match goes on, tennis balls get fluffier and slower. Another reason is to use the time between points to concentrate. Tennis players are usually very superstitious, and picking the “right ball” can help players get in the zone.

If you want to learn more, keep scrolling down, we have more information to share with you.

First we need to understand the ball changing rules in professional tennis. In the ATP and WTA level, the first ball change occurs after 7 games are played. After the first ball change, balls will be changed after 9 games for the rest of the match. The first change happens at only 7 games because of the 5 minute warm up. Keep in mind that 6 balls are always in play during the match.

Choosing one tennis ball over another boils down to the hair. Newer tennis balls have smoothed hair which provides increased speed. Players want more speed on their serves in order to increase their chances of hitting an unreturned serve. After a few games are played, the balls tend to get fluffier and slower. However, this process doesn’t happen uniformly across all tennis balls in play. Points played with each ball are unique and the balls will age accordingly. For example, out of the six balls being used, two of them might be used during points where the rally was long. On the other hand, the other four balls might only be used in quicker points (aces, unreturned serves, winners or errors early in the point). This process is completely random, which makes the balls age unevenly during the course of the seven or nine games played. Because of that, players typically check for newer, smoother balls in order to gain an edge on their serve.

Players like Federer and Roddick have stated that they prefer serving with smoother balls on first serves in order to maximize serving speeds.

While picking a smoother ball provides a small advantage for the server, ultimately it is not the only reason why players check the balls before serving. Some are superstitious about their choice. A common practice is to choose to play with the ball they won the previous point with. In this case, some players believe that they are more likely to win the next point if they keep playing with the same ball. Once the streak is broken, they will pick a new ball.

Another reason for players to check the balls before serving is simply as a concentration ritual in between points. Playing a tennis match is not only physically, but also mentally demanding and having rituals is a common practice among tennis players (like Nadal and his water bottles). The few seconds used to check the balls are a good time to breathe and think about the next point’s strategy. At the end, the reasoning behind checking the balls is unique to each player but it is not a crucial practice. Once asked about the subject, Andy Murray said “I just do it because everyone else does it” and added that he doesn’t see any difference between the balls.

What The Pros Have To Say

To illustrate that the reasoning for checking the balls is completely arbitrary, we looked into some players opinions on this topic: