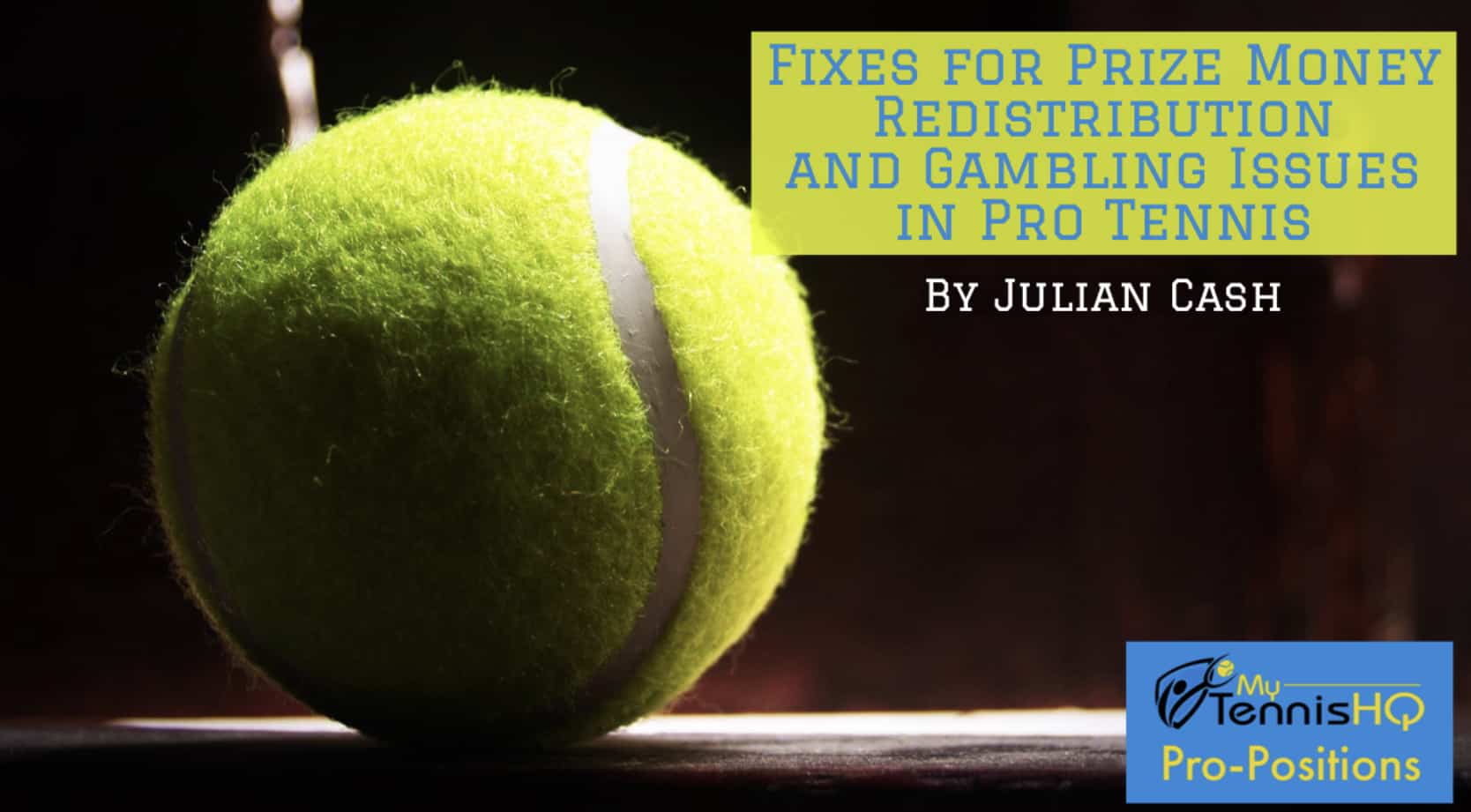 Disclaimer: The following piece was written by a guest writer. This writer‘s views do not necessarily align with ours at MyTennisHQ.

One of the biggest talking points when it comes to the lower ranks of the professional circuit (ITF Futures and ATP/WTA Challengers) is income for the players. As it currently stands, it is almost impossible to break even financially if you’re ranked outside of the top 300 in the world. In my opinion, this is a real shame. We are lucky enough to play a sport that generates vast amounts of revenue across all the levels and it is only at the very top of the game that you’ll be rewarded as a player.

If I compare tennis to another sport that only sees money at the very top, such as track and field, you see a totally different issue. Track and field athletes simply don’t have much money in the sport, so providing an income to the lower ranked professionals just isn’t feasible. In tennis, there is money in the sport and the distribution of that money through the ranks lies in the hands of the governing bodies.

This leads me onto the implications of betting on the sport of tennis. Like any sport, betting is easily accessible and very common for fans to participate in the top of the game. The real issue, again, lies lower down the ranks. The ITF sells the betting data every year for vast amounts of money and the players see none of it. Not only does this seem unfair and arguably immoral, but the players have to deal with the hate mail this generates every single match, win or lose, and it is the players who have to deal with these bettors on site watching their matches. Technically the bettors aren’t allowed into the tournament sites, but all players will agree that not much is done to actually control them from entering the venues and stop them from watching the matches or keeping them away from players. Unlike what we see in the top ranked ATP/WTA events, there isn’t much player security at the ITF level. Tournaments often lack restricted areas designated only players/accredited personnel, so there is regular potential for contact between bettors and players.

When you link these issues of low prize money, people betting on matches and lack of monitoring who is allowed into these venues to watch, it comes as no surprise that betting scandals are currently at an all-time high in the ITF level of the game. Players on the road are broke, collecting paychecks of under $100 at times with their expenses through the roof. Meanwhile, bettors are trying to find any way they can to take advantage of the players.

I believe that this problem is growing year on year, consistently worsening, because the ITF takes no responsibility for the effects of selling the betting data and continuing to pay the players so poorly.

These problems we face not only tarnish the image of the sport we love, but they also mean that many players get sucked into illegal betting activities or end up having to quit the sport due to a lack of income. Although these issues seem large and ingrained in the structure of the sport, I believe it wouldn’t take much to fix them.

Firstly, some of the money at the top of the game needs to be redistributed down the ranks. I am not saying that the top players don’t deserve significant financial reward, because they do. What I am saying is that skimming some of the prize money from the later stages of ATP/WTA events and Grand Slams could solve a huge amount of the financial issues the lower ranked players face. This would still maintain a high income for everyone at the top.

Secondly, when it comes to betting there are a couple of solutions. Betting can either be scrapped all together at the ITF level. As much as I think this would be great, I also believe that financially it would be impossible as a substantial amount of the ITF’s funding does come from the betting organizations. Another option would be that some of the money generated by selling the betting data could be passed onto the players through additional prize money. Along with that, much greater measures could be taken at tournaments to protect players from on-site bettors.

We would achieve greater prize money at the ITF level by redistributing some of the money from the top of the game, while additionally using some of the revenue generated by selling the ITF betting data. With this done, I truly believe we would see the sport of tennis thrive, provided player protection standards are met. We would see more and more players able to afford a professional career and we would see less betting scandals, as players would have a sustainable income at the lower levels of the game.

MyTennisHQ.com wants to hear your expert opinion on topics in the tennis world such as this one. Want to express your thoughts? Here is your platform. Send us a message on instagram @mytennishq and we will give you the details you need to start writing.

Julian Cash attended Mississippi State University for one year before transferring to compete at Oklahoma State University. He was a 3x All-American and was ranked top 10 in the country for doubles with multiple partners. Following school, he began his pro career but due to multiple serious injuries, Julian has played a more limited schedule than planned. However, he has still managed career high rankings of #935 in singles and #676 in doubles. You can find him on Instagram at @julian_cash.