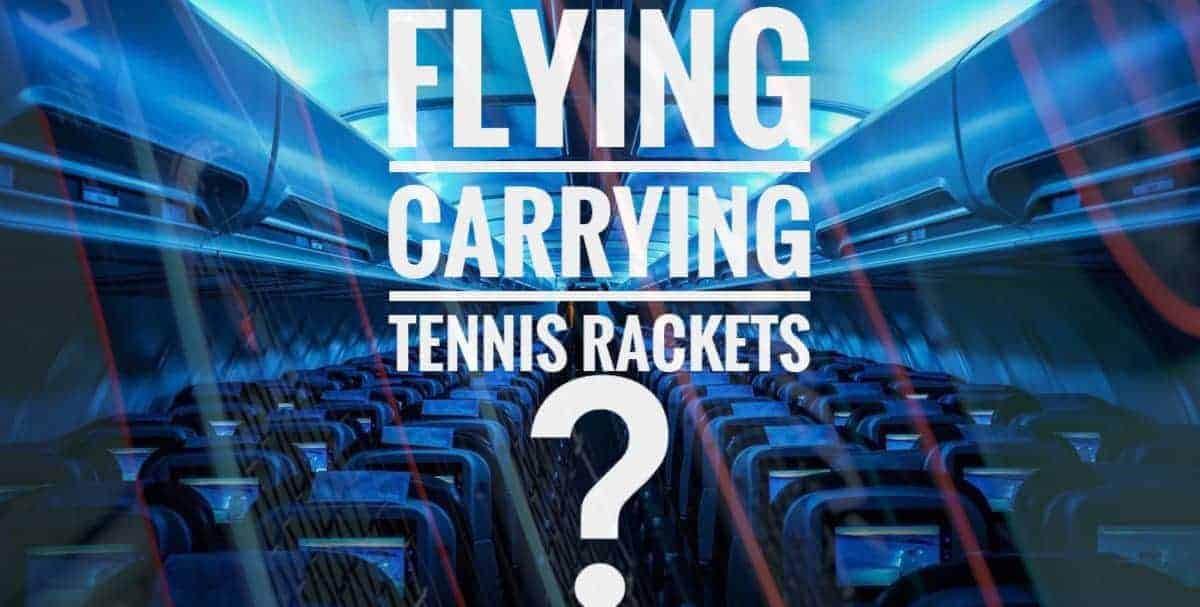 I’ve done my fair share of traveling in my tennis career. Carrying multiple tennis rackets is, unfortunately, part of each trip. The rules regarding carrying rackets onto a plane as hand luggage are not universal, which can be frustrating.

There were times where I was able to carry my rackets without a problem, but I was occasionally forced to check them with my bags. Sometimes the airline had no issues with carrying the rackets, but airport security did not allow me to go through security with them. My experiences varied from airline to airline, country to country and so on. So I’ve done some research on the topic and here is what I found.

Under TSA rules, individuals are allowed to carry tennis rackets on board as hand luggage. Equivalent agencies worldwide (like the EU) also accept tennis rackets as a carry-on items. Therefore, be advised that it is up to the individual airlines whether or not you can carry rackets with you.

We looked into the major airlines’ policies and found that most airlines do not specifically mention tennis rackets. This being the case, you need to consider the dimensions for carry-on luggage specified by each airline. Here is a table containing the hand luggage policies of some major airlines.

As you can see, most airlines do not explicitly reference tennis rackets in their carry on policies. The biggest issue with rackets when flying is their length. Most tennis rackets are 27 inches long (69cm) which is longer than most acceptable carry on luggage. Therefore, airline agents and security personnel can be inconsistent with their decision of allowing you to carry on rackets.

Full flights will cause additional problems, as the overhead bins may be overfilled. If you can’t board the plane on the first couple groups, you will risk having no space to place your rackets. Unlike a backpack, you can’t store the rackets underneath the front seat. Long flights tend to use bigger planes, so this won‘t often become a problem for those. On shorter flights, however, it can be tricky to carry on rackets.

A lot of people are afraid of checking their rackets because they may be damaged in the handling process. Workers aren’t particularly gentle with our bags.

Personally, I haven’t had an issue checking my rackets but there is definitely a risk on doing so. If you plan on checking your rackets, make sure you wrap them individually with bubble wrap or another protective material. In addition, keep in mind that the string tension of your rackets will change due to the cold temperature so you might want to cut your strings before leaving (just don’t string them right before traveling).

As you can see, traveling with tennis rackets can be complicated, so be prepared before you arrive. Decisions by airline staff and security personnel are arbitrary and there is no universal rule being followed. Therefore, here is some advice:

Let us know in the comments what has been your experience when traveling with tennis rackets!